Skip to main content
OK
ISPE.org uses cookies to improve site functionality and to provide you with a better browsing experience.
By using our site or clicking on "OK", you consent to the use of cookies.
InTouch
January / February 2017

Four Latin abbreviations are staples of scientific writing: i.e., e.g., etc., et al. Despite their ubiquity, however, their meanings and usage are often confused or misunderstood. How can this be—especially when the terms are used so frequently?

Although Latin is no longer the West’s academic language, many of its abbreviations have remained part of the scholarly lexicon. With the passage of time, however, the original phrases and meanings have been forgotten and fallen into misuse.

Let’s start with the two most frequently confused terms:

i.e. stands for id est (“that is”). It provides a precise definition or explanation of a preceding statement or term. Here are some examples:

i.e. is specific and describes an exclusive set.

e.g. stands for exempli gratia (“for example”). It denotes nonexclusive examples or illustrations of a term or category, as shown below:

e.g. is nonexclusive and indicates one or more elements of a set.

You can distinguish i.e. from e.g. by remembering that the “i” in i.e. means “it” (a specific thing) and the “e” in e.g. means “example” (a nonspecific thing). You can also double-check your sentence by substituting the abbreviation with its meaning. If it sounds right, then you’ve chosen correctly.

Etc. and et al. both indicate an abbreviated list, but each has a specific function

etc. (et cetera), which means “and others of the same kind,” indicates a list of things too extensive to include in its entirety. It should never be used in reference to people. For instance:

et al. (et alii), which means “and others,” indicates a list of people (usually authors). The abbreviation may be part of an in-text citation, a reference list, or shorthand for a previously mentioned (or well-known) publication. Here are some examples:

Both etc. and et al. end with a period, even if they fall in the middle of a sentence. A comma may precede or follow both terms if necessary. Never use “and etc.,” because the “et” in “et cetera” means “and.” Don’t use etc. to end a list that begins with e.g., since it is by definition a list of examples. Finally, there’s no need to follow etc. with an ellipsis ( … ). Trust your readers to know that “etc.” means “and so forth.”

Do you have a writing or grammar question? Send it to aloerch@ispe.org. 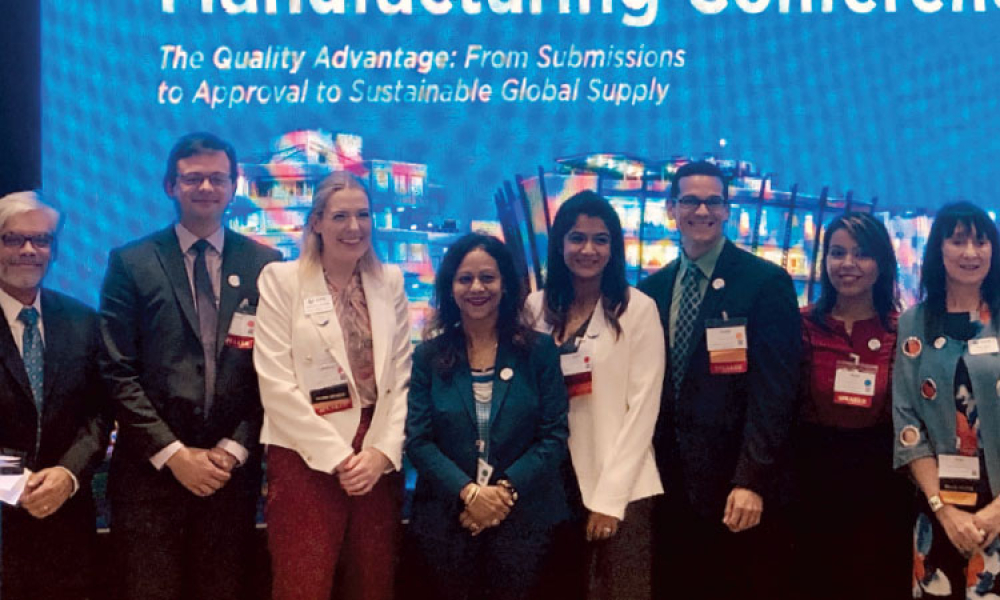