Skip to main content
OK
ISPE.org uses cookies to improve site functionality and to provide you with a better browsing experience.
By using our site or clicking on "OK", you consent to the use of cookies.
Features
January / February 2017

The Catastrophe of Drug Shortages in Pediatric Oncology

In the 1960s, almost all children diagnosed with the most common pediatric cancer, acute lymphoblastic leukemia (ALL), were dead within 5 years. The steady and dramatic rise in survival rates since then means that today these kids have a near-90% chance of surviving.1 Similar statistics exist for all pediatric cancers.9

It would be easy to attribute this to advances in drug technology or the discovery of new medicines, but the drugs used to treat leukemia—prednisone, methotrexate, and vincristine among them—were developed in the 1950s, ’60s, and ’70s.

These impressive cure rates rely on a stable supply of these older generic drugs. Yet 80% of the most common drugs used to treat ALL have been in short supply over the past decade, a situation that exasperates pediatric hematologist/oncologists like Yoram Unguru, MD, MS, MA at the Herman & Walter Samuelson Children’s Hospital at Sinai in Baltimore, Maryland and Johns Hopkins Berman Institute of Bioethics. He sees firsthand how drug shortages can increase medication errors, delay lifesaving treatments, and lead to patient deaths. “Children with cancer are particularly vulnerable to drug shortages,” says Unguru. “Shortages prevent my colleagues and me from providing a reasonable standard of care and represent a national disgrace.”

In the first three quarters of 2016, the American Society of Health- System Pharmacists, which gathers data on national drug shortages, recorded 120 new occurrences and 174 active drugs in short supply, including a significant number of chemotherapeutics.2 The bulk of shortages are caused by economic factors, manufacturing and quality problems, and, to a lesser degree, regulatory concerns.

“We see the most shortages with generics, specifically generic injectable products, because they have low profit margins and are difficult to make,” says Erin Fox, Director of the Drug Information Service at University of Utah Health Care in Salt Lake City, Utah. This affects chemo treatments, which are mostly delivered by injection. “Capacity is also an issue. Most manufacturers are running 24/7 so there isn’t additional capacity for a supplier to make up the difference if a problem on a manufacturing line occurs.” 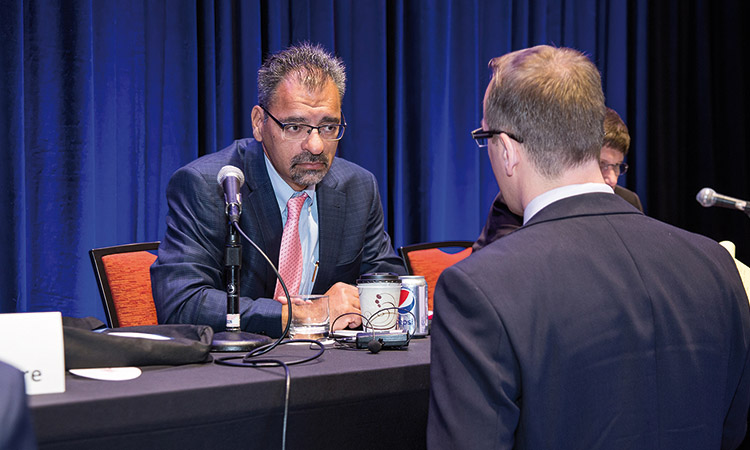 Shortages of sterile injectables are strongly associated with the consolidated marketplace, which has resulted in fewer suppliers, as well as with the issuance of FDA warning letters indicating manufacturing problems at facilities.3 “When only one or two companies produce a generic injectable and a company opts to stop making the drug or has a problem with manufacturing, we all feel the pinch,” says Unguru. “To have another company pick up the slack is time-consuming, labor-intensive, expensive, and far from guaranteed.”

Unguru would like to see the federal government step in to help. “The FDA Safety and Innovation Act in 2012 resulted in fewer new shortages, but the fact that we continue to have 170 to 200 ongoing shortages suggests that something remains broken,” he says. “One reason for this predicament is that unlike many other countries that directly negotiate drug prices with companies, the US government is not allowed to negotiate drug prices. The government stepped in to bail out the auto industry and insurance companies. Why can’t they step in to do something about drug shortages?”

“People are paying $100,000 and more per patient per year for innovative therapies to treat hepatitis C, melanoma, or cystic fibrosis, and there’s no shortage of these impressive new drugs. The shortages primarily affect old drugs, drugs that we rely on in pediatric oncology for curative and life-saving regimens. And it’s not just chemo; it’s essential supportive care drugs like anti-nausea medications, it’s critical care drugs, it’s antibiotics, it’s essential electrolytes and minerals. We recently had a shortage of saline in Maryland. It’s absurd.”

This ongoing emergency in pediatric oncology forces physicians to make difficult ethical decisions at the bedside about the allocation of scarce resources. “If we have drug shortages, then the need to prioritize drugs is unavoidable,” says Unguru. “Bedside rationing is inefficient, uncomfortable, and probably unethical.”

Oncologists respond to drug shortages by switching chemotherapy regimens, substituting for a different drug during treatment, delaying treatment, excluding some patients, or skipping doses. Yet 70% of medical oncologists do not have guidance from their cancer centers on how to allocate limited drugs.4 Such guidance would allow prioritization decisions to be made before treatment, liberating physicians from making difficult ethical choices under challenging circumstances.

Unguru is part of a transnational working group (WG) on chemotherapy drug shortages in pediatric oncology that initially developed a consensus statement focused on the core ethical values and practical actions needed for a coordinated response to the problem of drug shortages.5The statement focused on novel ways to prevent and mitigate chemotherapy shortages. More recently, and largely as a result of ongoing shortages, Unguru led a subcommittee of the larger WG, an allocation task force (TF) that has recommended a two-step process to deal with drug shortages.6 The first step is to mitigate the effects by maximizing efficient use and minimizing waste. This is followed by prioritization that maximizes benefit depending on the number of total lives and life-years saved. The TF has many recommendations, including that drug shortages be viewed as a national emergency, which allows for policy changes or remediation.

Because more than 80% of raw ingredients come from outside the United States, the FDA has on occasion made exemptions for the importation of chemotherapeutics from other countries in response to domestic shortages. “This points to how problematic shortages are in this country,” says Unguru. “It’s not that shortages don’t exist outside the United States, but they don’t occur to the same degree, depth, and enduring nature as they do here; unfortunately, we own this problem.”

Such exemptions have created a dilemma for the FDA, as the quality of imported medication has sometimes been a concern. A shortage of the cancer drug doxorubicin in 2015 led the FDA to allow the importation of the drug from a Chinese plant that had previously received a warning letter for data manipulation.7

Prevention and mitigation of drug shortages are the steps in which drugmakers can have an impact. “ISPE, through its drug shortages initiative, has been actively involved in trying to help manufacturers improve quality and therefore ease shortages,” says Fox.8

Unguru suggests that pharmaceutical companies can act as gatekeepers to prevent hoarding. “Eighty-five percent of hospitals purchase excess inventory to offset shortages,” he says. “This doesn’t help anybody.” He cites a theoretical example of a hospital that normally orders 1,000 milligrams of a drug and then starts ordering 10,000 milligrams. “Such a scenario is an opportunity for the company to question the order.” Unguru would like to see companies address the convoluted way that drugs are currently distributed, in which he says manufacturers often lose control of product once it’s passed to a distributor. “Drug companies need to be part of the solution to drug shortages,” he says. “Without their input, the problems that relate to scarce drugs and the shortages themselves are not going to be solved.” 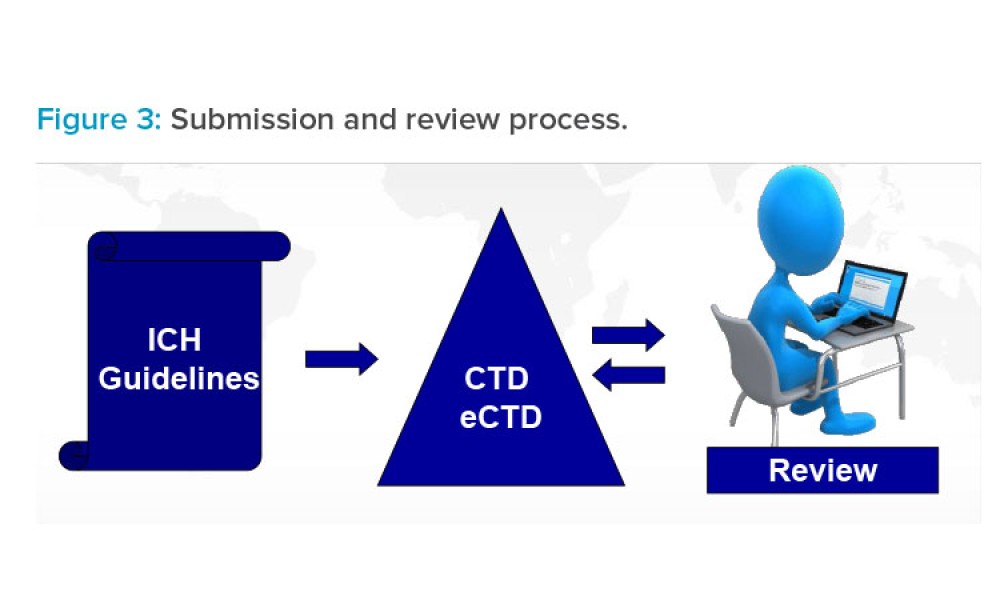 Features
ICH Quality Guidelines: Present Initiatives & ISPE Involvement
1 September 2021
In its 30-year history, the International Council for Harmonisation of Technical Requirements for Pharmaceuticals for Human Use (ICH) has covered a wide range of topics to generate quality, safety, efficacy, and multidisciplinary harmonized guidelines. As science advances, issued guidelines are... 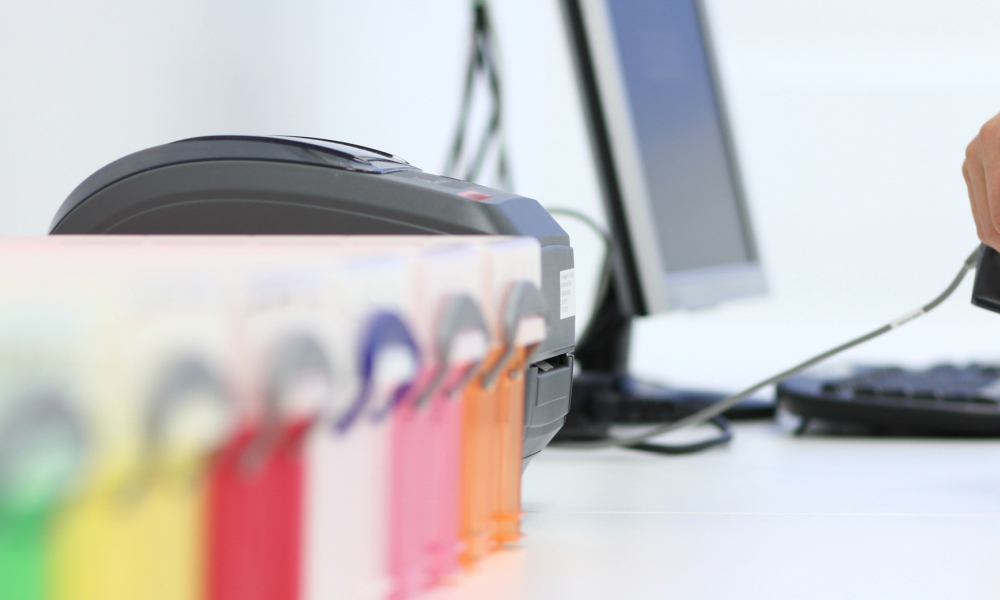 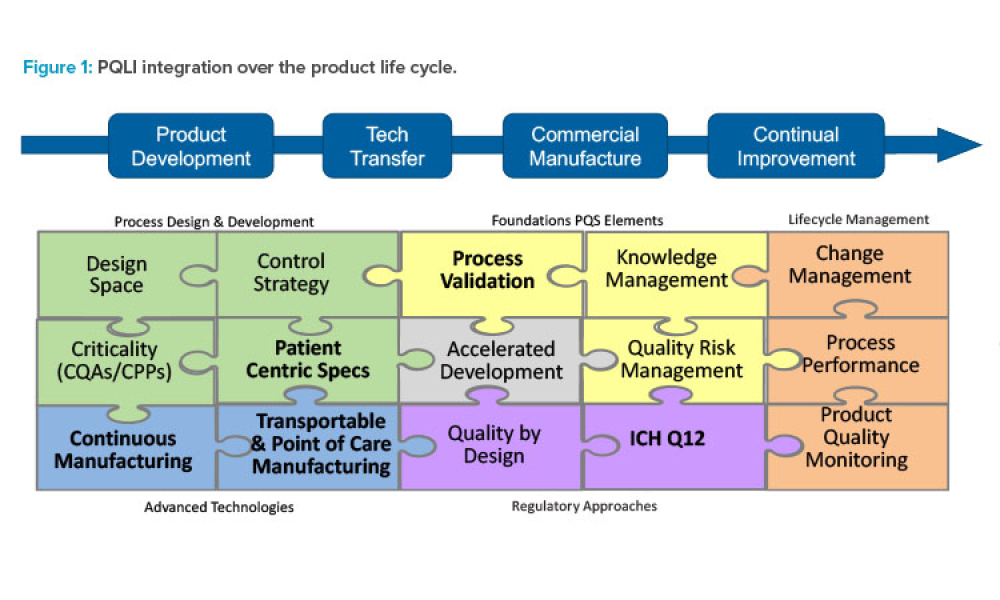 Features
PQLI®: Advancing Innovation & Regulation
1 September 2021
A unique aspect of the pharmaceutical industry is the pairing of innovation and regulation. For nearly two decades, ISPE’s Product Quality Lifecycle Initiative (PQLI®) has worked at the nexus of pharmaceutical manufacturing technology and regulation to bring forward solutions that help advance new...