Skip to main content
OK
ISPE.org uses cookies to improve site functionality and to provide you with a better browsing experience.
By using our site or clicking on "OK", you consent to the use of cookies.
Features
September / October 2021

The ISPE Global Pharmaceutical Regulatory Summit, held virtually on 28 April 2021, brought together 11 regulators from different parts of the world to discuss how their approaches to GMP inspections have adapted to the COVID-19 pandemic.

A panel discussion involving the regulators was preceded by keynote presentations giving an update on the current approaches used by US FDA, EMA, MHRA, and PIC/S for remote/distant inspections.

In his keynote presentation, Cruse said that although on-site inspections remained the “gold standard,” the pandemic had forced FDA to rethink its approach to inspections by using a risk-based approach involving various oversight tools, including remote assessment of records, information sharing with trusted regulatory partners, reviewing compliance history of manufacturing facilities, analytical testing, and remote interactive evaluation (RIE) of facilities by video/live streaming of operations. Guidance for RIE was introduced in April 2021.1 FDA used the term “Remote Interactive Evaluation” to distinguish a remote evaluation from an on-site inspection.

Cruse said that the RIE would be hosted by FDA using an FDA version of MS Teams, Zoom, or Adobe as the IT platform. A written list of observations would follow the remote evaluation, but FDA would not issue Forms 482, Notice of Inspections and Forms 483, Inspectional Observations.

Cruse said that once the pandemic was over, FDA would go back to on-site inspections but would likely use a hybrid approach by considering at least a RIE component and remote inspection of records.

Looking ahead, FDA will continue to leverage and maximize every available tool including operationalizing RIE. Relationships with capable regulatory partners will be enhanced.

In his presentation, Cuddy said that the pandemic had created a challenge to GMP inspectors who needed to ensure ongoing verification of GMP compliance was being maintained. EMA recognized the need for regulatory flexibility until the end of the pandemic, using approaches such as automatic extension of the validity dates for GMP certificates and product-specific GMP flexibility for crucial medicines and process validation.

Looking ahead, FDA will continue to leverage and maximize every available tool including operationalizing RIE. Relationships with capable regulatory partners will be enhanced.

Churchward discussed current and future challenges arising from the pandemic. Current challenges include severe travel restrictions, global supply pressures, and the backlog of GMP inspections. Future challenges when the pandemic is over would likely include the development of regulatory approaches to a digital environment and the harmonization of remote assessments between regulators to create an environment of reliance.

Churchward asked whether the regulatory changes arising from the pandemic are here to stay, including remote assessments. It was his belief that because a distant assessment was a rapid and flexible monitoring tool, it would continue to be used after the pandemic, but in a hybrid form, particularly for low-risk situations. He stressed that collaboration between regulatory agencies had been very good during the pandemic, and he advocated for this to continue and increase with opportunities taken to harmonize approaches and potentially regulations for distant assessments leading to more reliance between agencies. He mentioned that PIC/S has a key role in facilitating future closer cooperation and mutual reliance.

PIC/S is an informal cooperative scheme that had been operating for 50 years, comprising 54 member authorities from all over the world (including countries in Europe, Africa, the Americas, Asia, and Australasia). Membership in PIC/S enables member authorities to share information of GMP-related topics, including GMP inspection reports. The mission for PIC/S is “To lead the international development, implementation and maintenance of harmonized GMP standards and quality systems of inspectorates in the field of medicinal products.”3

Hayes said that PIC/S held a training seminar for inspectors each year, with the most recent seminar in December 2020 covering the topic of distant assessment. This seminar revealed that because the terminology used for on-site assessments varied among member authorities, there was a need for harmonization of terminology.

Hayes said that seminar participants indicated their strong support for the development of guidelines and tools to harmonize procedures for distant inspections in order to facilitate continued reliance between international regulatory partners. She said that PIC/S had formed a working group to commence work on the preparation of these guidelines, tools, and training.

Here is a summary of main points from the panel discussion.

In response to a question regarding criteria for choosing different approaches, all panelists agreed that a risk-based approach was taken. Cruse said that because of the COVID-19 health emergency, FDA limited unnecessary face-to-face contact by conducting prioritized domestic on-site inspections only for those situations that were deemed “mission critical,” which included manufacturers of breakthrough therapies, unmet medical needs, etc. The term “mission critical” was defined in an FDA Guidance document covering Q&As.4

Cuddy said that EMA confers with the relevant supervisory authority and the rapporteurs for the product concerned to decide on the need for an on-site inspection, with the criticality of the product also taken into account.

Gouws said that each regulatory authority has their own procedures to determine when to carry out on-site inspections. She said that WHO had developed a guidance document on conducting pre-qualification inspections remotely.5

All panelists said that as with on-site inspections, the key elements for distant assessments were transparency, integrity of data, complete and accurate data, truthfulness, and ease of access to subject matter experts (SMEs). Cruse said that there was evidence that some companies were selective with the information they shared; e.g., not all OOS data was shared, resulting in FDA needing to probe deeper and to ask repeatedly for information.

Eichmueller, Delbò, Morenas, and Lorente agreed that although hybrid inspections were being done in Europe, the German, Italian, French, and Spanish health authorities always preferred to do on-site inspections. Distant assessments do not provide sufficient assurance of compliance and take more resource for preparation and conducting, they said. It was considered that anything done remotely was simply an assessment and not an inspection. On-site inspections were necessary for critical products.

Morenas said that it was necessary to establish how to manage and protect the flow of information received during distant assessments. Cuddy confirmed that cybersecurity is not a new topic; both sides, agencies and industry, need to invest in security to help prevent cyberattacks.

Gouws said that it was important for WHO to know which other regulatory authorities are planning to carry out a distant assessment of specific manufacturing sites so that WHO can request a joint distant assessment. She said that this approach was appreciated by industry. She also said that industry can help to facilitate distant assessments by sharing data well in advance of the distant assessment, having suitable translators available, and having the company representative supported by suitable numbers of company staff in the war room, including plentiful technical SMEs.

Churchward said that as legislation in the UK did not dictate that GMP inspections must be on-site, MHRA can use other methods to determine GMP compliance. He added that where MHRA had seen enough information to give confidence of GMP compliance, a GMP certificate would be issued, but this certificate would bear a note to indicate that it was based on a remote assessment. Other EU agencies also confirmed that GMP certificates were being issued based on distant assessments, but that a suitable annotation was included.

Shestakov said that the Russian regulatory authority had never stopped issuing GMP certificates during the pandemic. He said that in order to avoid drug shortages in Russia, legislative changes had been made to enable remote assessments to be carried out, and GMP certificates could be issued following such assessments.

Hayes said that the pharmaceutical industry in Ireland had indicated to HPRA its strong support for distant assessments. She confirmed that distant assessments required a significant amount of preparation by regulatory authorities and because of this, it was advisable for companies to conduct a review of their IT capabilities, including digital tools and bandwidth because a regulatory authority cannot do a remote assessment if a site is unable to do video streaming effectively.

To conduct remote inspections, it is imperative that some technical requirements are met, e.g., to ensure a secure communication channel by using private virtual networks. Keys and/or coded streaming of video and audio information should be shared in advance, preferably with the use of secure real-time transport protocol (SRTP). When it comes to using smartphones, there are prescribed requirements for smartphone’s camera and protection class. In addition, it is preferable that smartphones have a portable tripod or other anchorage that ensures simultaneous use of smartphones and back-lighting lamps. Availability of a portable spare battery is important.

In contrast, Eichmueller said that the German regulatory authorities had found fewer operational deficiencies during distant assessments, which is another reason why they should not be considered comparable to on-site inspections.

Rosa said that FDA had been sharing inspection information under the EU mutual recognition agreement (MRA) for some years now; this was even more important and relevant at this time of the COVID-19 pandemic. He said that the challenge was that sometimes the scope of the inspection information shared may be different than what is required by FDA. Cruse added that in addition to the EU MRA, FDA also obtains information from EU and PIC/S member authorities about inspections carried out in other countries. Cuddy said that EU was using inspection reports from other regulatory authorities, including PIC/S member authorities.

All panelists stressed the need for sharing of information through mutual reliance with PIC/S regulatory partners to support distant assessments and the relevant outcome; however, each agency was making its own decisions. Where present, MRAs are different from “information sharing” and do not extend to distant assessments.

Hayes said that PIC/S had introduced a guidance document on “Inspection Reliance” in 2018,6 which has been instrumental in facilitating the sharing of inspection information among PIC/S member authorities at a time when on-site inspections had been significantly curtailed during the pan-demic.

Cuddy admitted that even within Europe, there was some disagreement among regulators about terminology for the terms distant, remote, and desktop inspection assessment.

The Future of Distance Assessment

Each panelist provided their thoughts for the future about the use of distant assessments. FDA, EMA, MHRA, and 28% of respondents in a PIC/S survey believed that there was a place for distant assessments in the future, potentially using hybrid ways of working. However, all panelists agreed that a distant assessment cannot substitute for a face-to-face on-site inspection.

This is a brief and informal synopsis of responses from regulators during a panel dialog at an ISPE event in April 2021. It has not been vetted by any agency and does not represent official guidance or policy of any agency.

The authors wish to thank Jean-François Duliere and Thomas Zimmer for their contributions to this article.

Christopher John Potter, PhD
CMC Pharmaceutical Consultant
Chris Potter graduated from the University of Exeter with a degree in chemistry and completed a PhD at Imperial College London University in organic chemistry... END_OF_DOCUMENT_TOKEN_TO_BE_REPLACED

Robert W. Tribe
AP Regulatory Affairs Advisor
ISPE
Bob Tribe joined the Therapeutic Goods Administration (TGA), Australia in 1971 as a GMP inspector after having worked in the pharmaceutical industry in a senior... END_OF_DOCUMENT_TOKEN_TO_BE_REPLACED 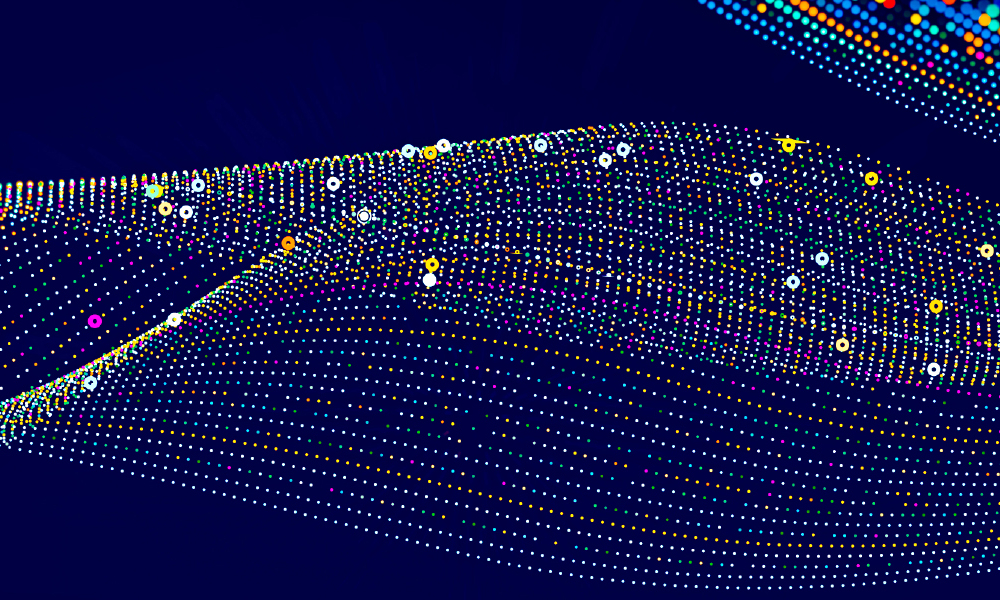 Features
Reimagining CPV for a Pharma 4.0™ World
1 May 2022
The life cycle approach to process validation stresses the need for continued monitoring of process performance to ensure that the manufacturing process remains stable and predictable, i.e., in a state of control. This life cycle stage is known as continued process verification (CPV) or ongoing... 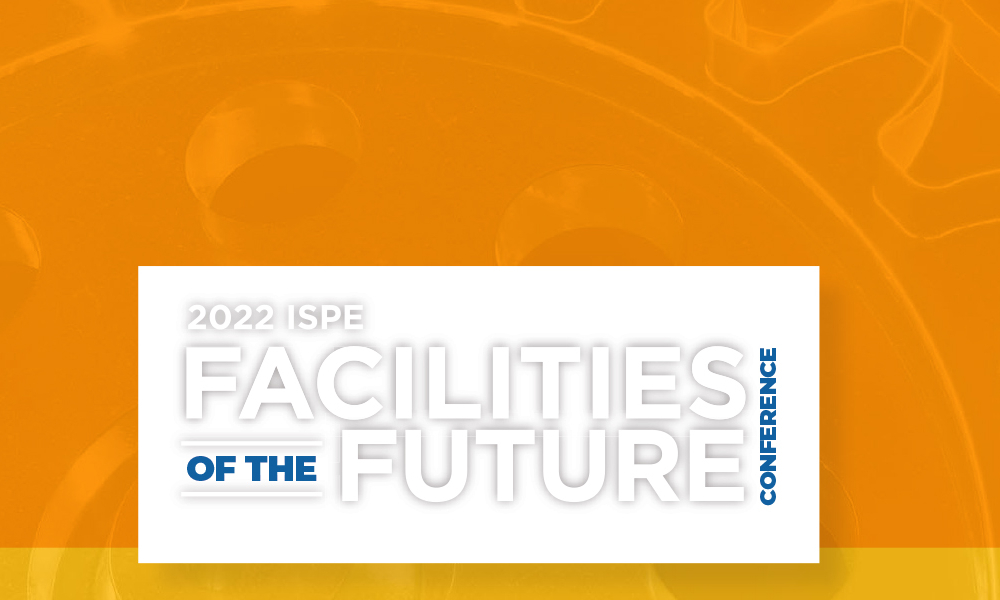 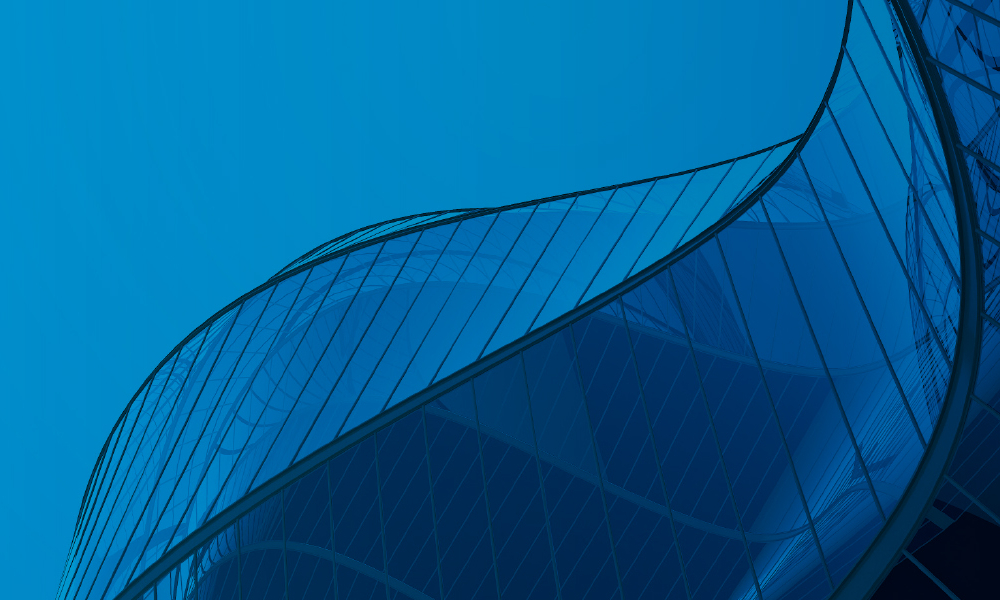 Features
FOYA Winners Share Lessons Learned in Facilities Development
1 May 2022
What do recipients of ISPE’s prestigious Facilities of the Year Award (FOYA) know that has helped their projects succeed? What are the lessons learned from achievements in facilities development, including forward-looking projects that encompass and inspire changes in the industry? Pharmaceutical...