Skip to main content
OK
ISPE.org uses cookies to improve site functionality and to provide you with a better browsing experience.
By using our site or clicking on "OK", you consent to the use of cookies.
Features
September / October 2018

Most pharmaceuticals are handled in powder form at some point during production, notably those delivered in oral solid dosage form. This makes efficient powder handling and processing essential for competitive drug manufacture. While the process analytical technology (PAT) available for powder processes has advanced considerably over the last decade, there are still areas where the current analytical solution is suboptimal, particularly as the industry embraces continuous manufacture.

The deﬁning features of a sensor for in-line measurement of the instantaneous local forces associated with the movement of powders, granules, or a wet mass, shown in Figure 1, are a hollow cylinder with two optical strain gauges (ﬁber Bragg gratings, or FBGs), mounted on the inner surface. Material ﬂowing past the sensor causes a deﬂection, the magnitude of which is quantiﬁed by the FBGs to characterize the in-process material real-time. 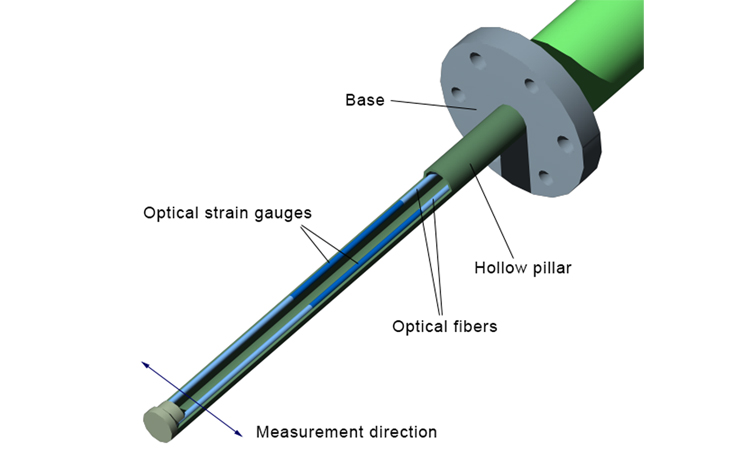 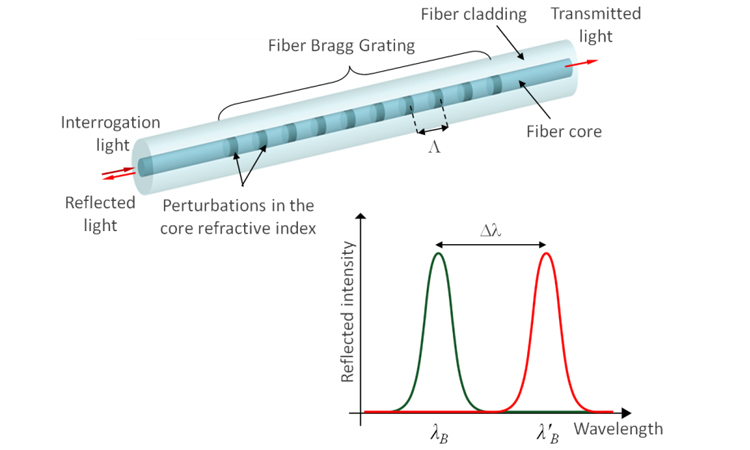 An FBG is a periodic structure of varying refractive index embedded in the core of an optical ﬁber. It reﬂects light traveling through the ﬁber at a wavelength that depends on its grating constant and refractive index. These two parameters are inﬂuenced by ultra-low levels of strain in the FBG region and by temperature (between –20°F and 200°F).

Using two FBGs opposite one another differentiates wavelength changes associated with deﬂection of the probe from changes associated with temperature to determine localized ﬂow forces. The resulting raw-ﬂow-force data are usefully converted into force pulse magnitude (FPM) measurements, where FPM is the difference between the maximum and minimum forces in a deﬁned period. As a differential measurement, FPM is always positive and unaffected by baseline drift, making it a robust parameter for process monitoring.

The best PAT answers to an increasingly well-understood list of requirements that include issues relating to the process interface—ease of installation plus cleaning, reliability, and safety. It also assesses the value of the data: Is the measurement frequency sufficiently high? Are the data relevant? Such criteria are helpful in assessing the potential of new PAT.

Drag force ﬂow sensors are typically around 3 millimeters in diameter, a small footprint that creates minimal ﬂow disruption and a low risk of fouling. The instrumentation has a chemically resistant, easy-to-sterilize stainless steel construction, presents no ignition hazard, and is not subject to electromagnetic interference.

The dual-FBG design makes the technique self-calibrating with respect to temperature, enhancing data robustness. Since measurements can be recorded at a frequency up to 500 hertz, drag force ﬂow sensors offer precise temporal resolution. The technique is highly sensitive; deﬂections in the region of just one micron are reproducibly detectable (forces of ~ 0.5 milliNewtons), which translates into the ability to characterize particles with a density as low as 0.15 grams per cubic centimeter, for example.

In summary, the technique can provide direct and precise measurements at frequencies that match the dynamics of even rapidly changing processes, and is inherently well suited to in-line implementation. But what are the measurements’ relevance and value in terms of improving process performance?

The terms “powder” and “particles”  are often used interchangeably. Powders, however, are bulk assemblies of particles, liquid (usually water), and gas (typically air). Measuring particle properties is not the same as measuring bulk powder properties. PAT is well-established for particle-size measurement, and there are often direct links between the particle size of an active ingredient and, for example, its rate of dissolution/bioavailability. This may encourage the use of such technology.

Particle size, however, is just one of many variables that inﬂuence powder ﬂowability. This in turn can affect aspects of process performance such as blend time, ﬁll uniformity, and tableting speed. If PAT is being considered to control these aspects of performance, then measuring particle size, or indeed any other particle property, is an inherently limited approach.

Considering the measurement of bulk powder properties, the issue often becomes one of interpretation and secure correlation with critical quality attributes (CQAs) of the product. This can compromise the application of potential PATs for high-shear wet granulation (HSWG) monitoring, such as acoustic, microwave, stress, and vibration measurements and power drawn by the agitator.1 These techniques enable continuous measurement, but it can be difficult in some instances to interpret the resulting data to exert effective control, because that data is affected by a number of variables.

A notable success in developing robust relationships between powder properties and CQAs has been the demonstration of direct correlations between the dynamic ﬂow properties of granules and the hardness of tablets produced from them.2 Dynamic ﬂow properties are determined using a powder rheometer to measure the force and torque acting on a helical blade as it rotates through a sample of the powder. Though this at-line technique is signiﬁcantly different from drag force ﬂow measurement, the fundamental approach of measuring the forces associated with a bulk powder in motion has certain similarities. The two techniques have been shown to produce comparable data in HSWG trials carried out by a major pharmaceutical company.3

In these trials, the water-addition step was shown to trigger a signiﬁcant rise in the basic ﬂow energy (a dynamic ﬂow property) or FPM associated with movement of the granulating mass, with both parameters providing a secure basis for end point detection. Both techniques, furthermore, clearly differentiated granules produced with different levels of binder: 1%, 3%, and 5% hydroxypropyl cellulose. Higher levels of binder are associated with stronger granule formation and high ﬂow energy/FPM values.

These early correlations with dynamic powder properties, which have proven process relevance across a range of unit operations, indicate that though drag force flow measurement is still in its infancy, it may prove to be a PAT that is more tractable to correlation with process performance than others. As such, it could prove a valuable monitoring solution for blending, mixing, agglomeration, and many other powder-handling applications. A case study further illustrates the capability and potential of the technique.

The effect of binder viscosity on blending performance was investigated using Binder A, viscosity 0.001 pascal second (Pa.s) and Binder B, viscosity 100 Pa.s. Following 20 seconds of dry mixing, 1% or 3% by weight of binder solution was added to an excipient bulk, and blending was carried out for a further period of 300 seconds. Excipient mass and shear rate were kept constant throughout.

Comparing the two sets of data gathered for Binder A (top two traces, Figure 2) increasing binder concentration reduces the time required to reach content uniformity, the point at which FPM becomes effectively constant. Comparing the results for Binder A with those for Binder B indicates that a lower concentration of the less viscous binder (A) is required to achieve a uniform blend. In fact, at low concentration (1%), Binder B does not appear to reach a state of uniform dispersion, forming instead relatively stable agglomerates that cause spikes in the FPM trace. This poor dispersion can be attributed to high viscosity. Another notable conclusion that can be drawn from the 1% Binder B trace is that the sensor can clearly differentiate a formulation containing modest levels of binder from the excipient alone (black trace). 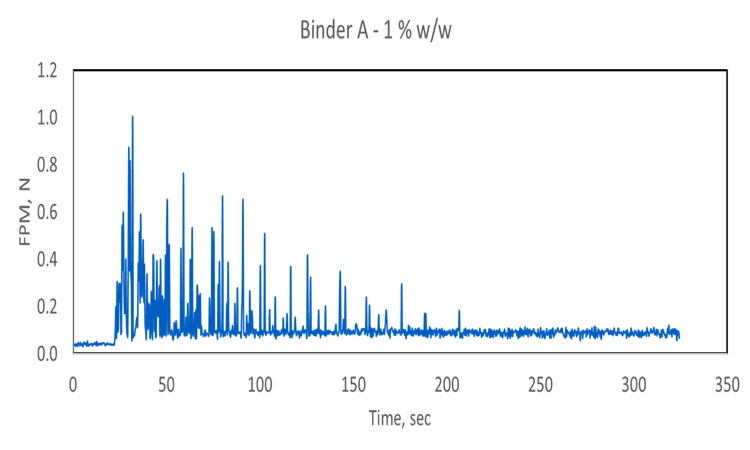 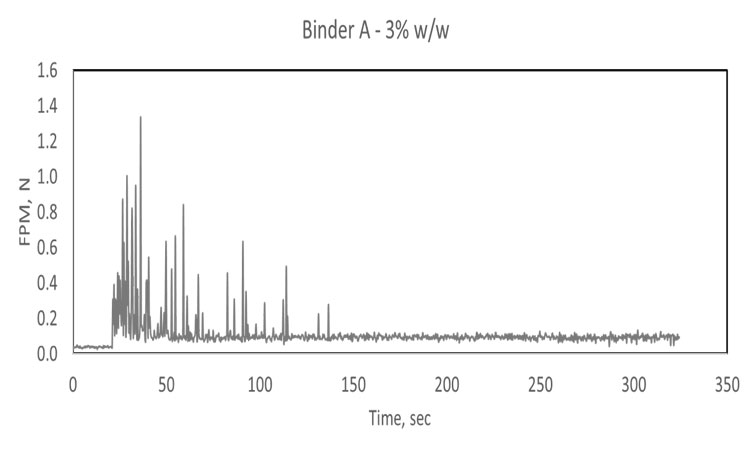 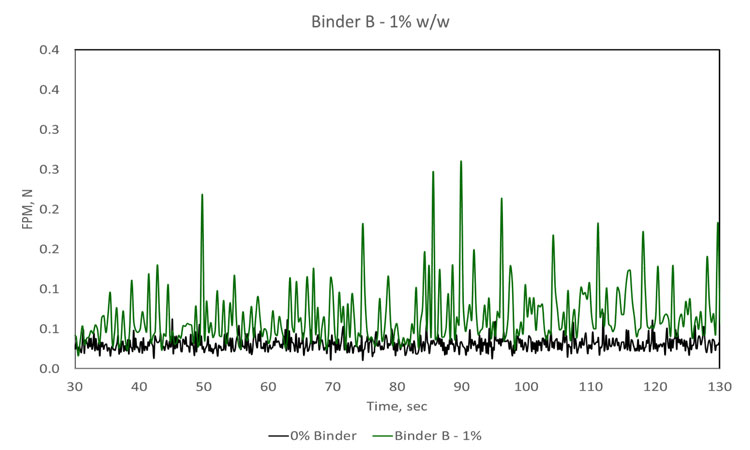 Figure 2: FPM Measurements Differentiate the Performance of Binder A and Biner B, Showing the Blending Times Required to Achieve a Uniform Dispersion, Where Feasible 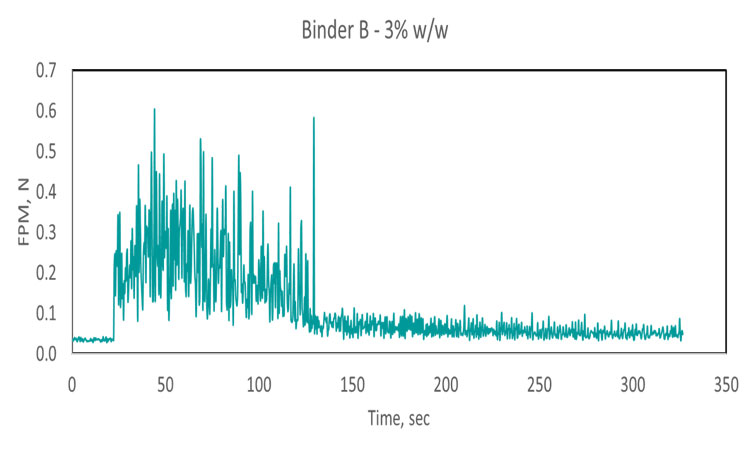 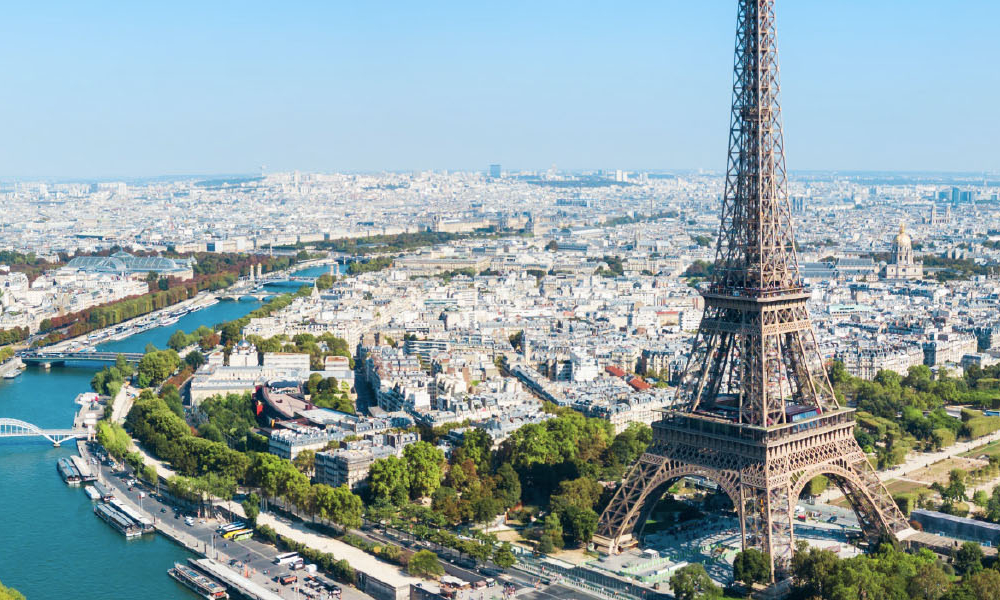 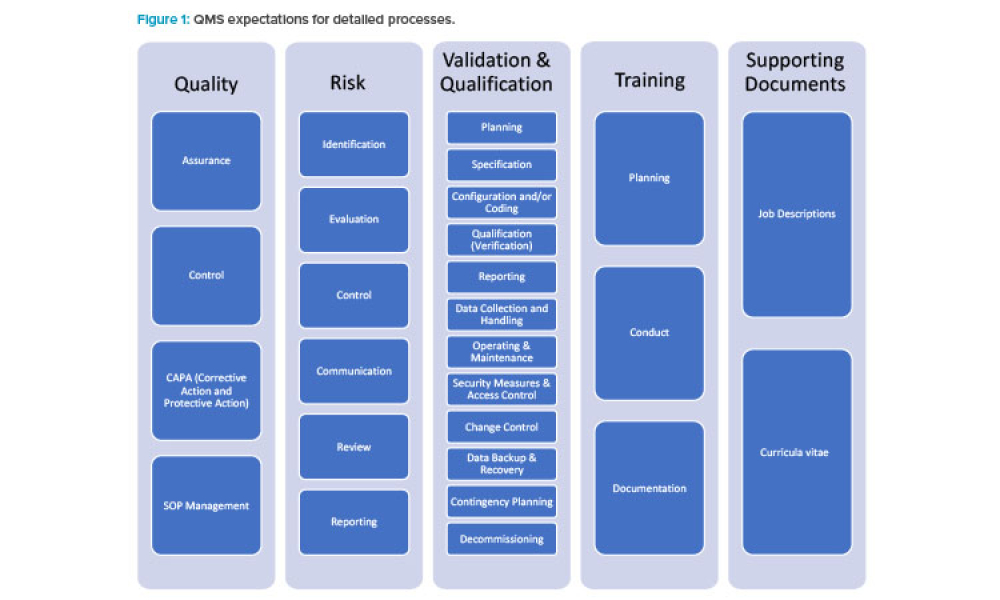 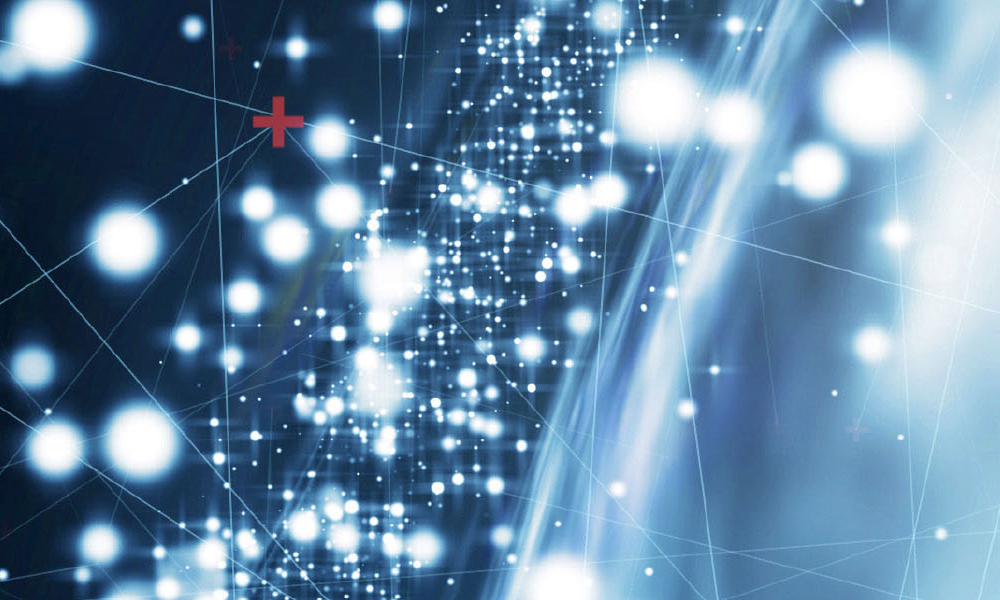 Features
Technology Trends: The Transition to Digitalization
1 September 2020
In the pharmaceutical industry, digitalization involves developing and implementing digital technologies at all levels of pharmaceutical operations. The aim is to transform the industry by capturing, analyzing, and using vast amounts of data collected from a wide range of sources to support...