Skip to main content
OK
ISPE.org uses cookies to improve site functionality and to provide you with a better browsing experience.
By using our site or clicking on "OK", you consent to the use of cookies.
Insights
March / April 2019

Many members think of ISPE as a family of professionals, colleagues, and friends. Two of ISPE’s active members, George and Peter Millili, have taken this a step further; they’ve made ISPE part of their family.

George Millili, 65, joined ISPE in 1997 and has been a very active member ever since. Currently Global Co-Chair of the ISPE Regulatory and Quality Harmonization Committee, he has also chaired the Global PQLI® and numerous other committees. In 2015 he was awarded ISPE’s Joseph X. Phillips Distinguished Achievement Award, which honors an ISPE member who has made significant contributions to the industry. His son Peter Millili, 36, grew up attending ISPE events with his father. “From when I was in fifth or sixth grade, I knew I had a passion for science and he gave me the opportunity to go to ISPE meetings,” said Peter. “I would go play at the pool while he was at the meetings, but it gave me exposure to meet different people and to hear about the things going on at the meetings.”

That interest only increased as Peter grew older, recalled George. “Peter would go to the career seminars and go with me to sessions and he would get to meet people and learn how the industry works.”

Growing up in the Philadelphia area, Peter got his introduction to working in the pharma industry with a job at a local pharmacy when he was in high school. He later did a summer internship at DuPont Merck Pharma, a joint venture at the time, where he had his first opportunity to work in a lab.

In 2000, Peter enrolled at Drexel University for a joint bachelor’s master’s program in chemical engineering. With his father’s encouragement, he also joined ISPE. “I was involved in starting the Student Chapter there and I participated in one of the local student poster competitions,” he said. “I also got to go to my first national meetings as a member, which was great, and started navigating my career path.” His father joked that since Peter joined at such a young age, by the time Peter retires he will likely be ISPE’s “most tenured member.”

The Drexel program offered students industry experience through six-month “co-op” internships. “While I was doing my master’s research, I had the opportunity to start networking for my first co-op,” Peter explained. He worked at other co-ops during his five years at Drexel, and then went on to the University of Delaware, where he earned his PhD in chemical engineering. “Through my engagement with ISPE, I got my first job at Merck in West Point, Pennsylvania, through a gentleman from ISPE named Brian Lange.”

“ISPE is indispensable,” George agreed. “It knows the pulse of engineering and manufacturing technology and quality in the industry. It has the technical know-how within its membership and can influence the positive direction of the industry in those areas. It allows members and organizations to interact with regulators. And I have found in my years at ISPE is that you also develop lifelong friendships. ”Peter’s first full-time industry position started in 2010 in Merck’s vaccine division. George was part of the company’s commercialization development division at that time. “There wasn’t a lot of interaction, but it was good to work on the same site,” said George. “I was always there to answer questions, to mentor Peter, or to make some contacts that he needed in the beginning. But quite quickly, he didn’t need that anymore; he took over for himself.”

In 2013, Peter moved to Bristol-Myers Squibb (BMS), once again through the networking contacts he made at ISPE. “I learned more about the industry at ISPE and met some folks who brought me over to BMS, in particular another mentor who I knew through both family connections and the society,” Peter said. Peter is currently the Associate Director, Biologics Drug Product Manufacturing Science and Technology, at the BMS facility in New Brunswick, New Jersey. His responsibilities cover technology transfers in bringing new products to market, managing a team working with external manufacturing partners to ensure products are effectively produced, and managing a lab to support new commercial products.

“ISPE is indispensable. It knows the pulse of engineering and manufacturing technology and quality in the industry.”

He also continues to maintain an active ISPE presence, notably as a member of the Process Capability subteam of the PQLI® technical team. He has also presented at multiple conferences on formulation design, process development, and large-molecule technology transfer.

“I’m proud of Peter,” said George. “He is an energetic, personable leader; over the years he has really developed a good technical discipline around the technical principles as well as the engineering principles that go along with it.”

Time to Give Back

In a career that has spanned 40 years, George has constantly shown his passion for not only the technical aspects of the pharmaceutical industry but also how it can positively affect those it serves: patients. His specialties are product development, scale-up, and technology transfer of pharmaceutical products. He has a bachelor’s degree in pharmacy from Temple University and a PhD in pharmaceutics from the Philadelphia College of Pharmacy and Sciences. He is currently a Senior Principal Technical Advisor at Genentech, where he spends about a third of his time advising on technical issues, with the remainder focused on “external relations in the way of outreach to the industry and regulators and influencing positive change in the industry in technical and quality practices.” 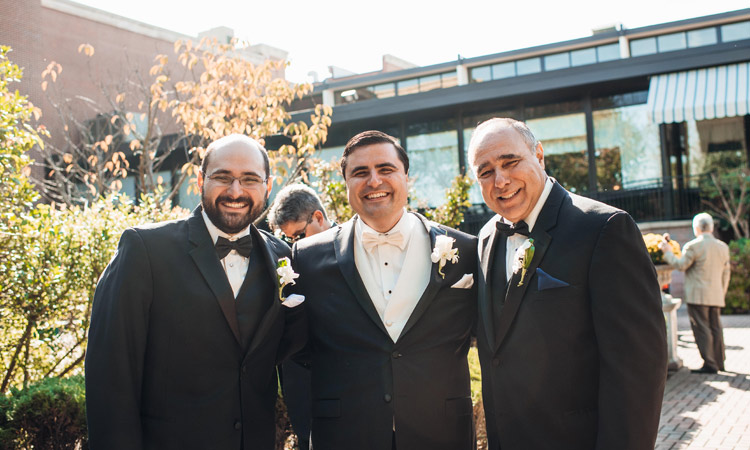 “He is someone who cares passionately about what he does,” said Peter of his father. “He really cares about helping patients. He cares about the people he works with and is very dedicated to that. He’s also a lot of fun to be around. He’s always the one making jokes and giving everybody a hard time; that’s his style, it’s his approach. He’s one who is always putting family first, which you can see with me. He has helped me and taught me and made sure I was on the right path through my life, both professionally and personally. He’s the greatest mentor anyone could ever have.”

A key theme throughout George’s career has been the opportunity to give his knowledge and understanding back to the industry. “My motivation continues to be to see our industry continuously evolve in the areas of improving manufacturing technology, and ensure good science- and risk-based thinking, which results in high-quality product for the patient,” George said. “I also want to continue mentoring young professionals, the engineers and scientists, to do things the right way for the patient. If we start mentoring them from the beginning, we can hope that those principles stay with them throughout their careers.”

ISPE continues to benefit from the family ties that George and Peter Millili have brought to the society. And if history repeats itself, ISPE may welcome a new generation of Millilis in about 20 years: both Peter and his brother (also named George) welcomed newborns in late 2016. 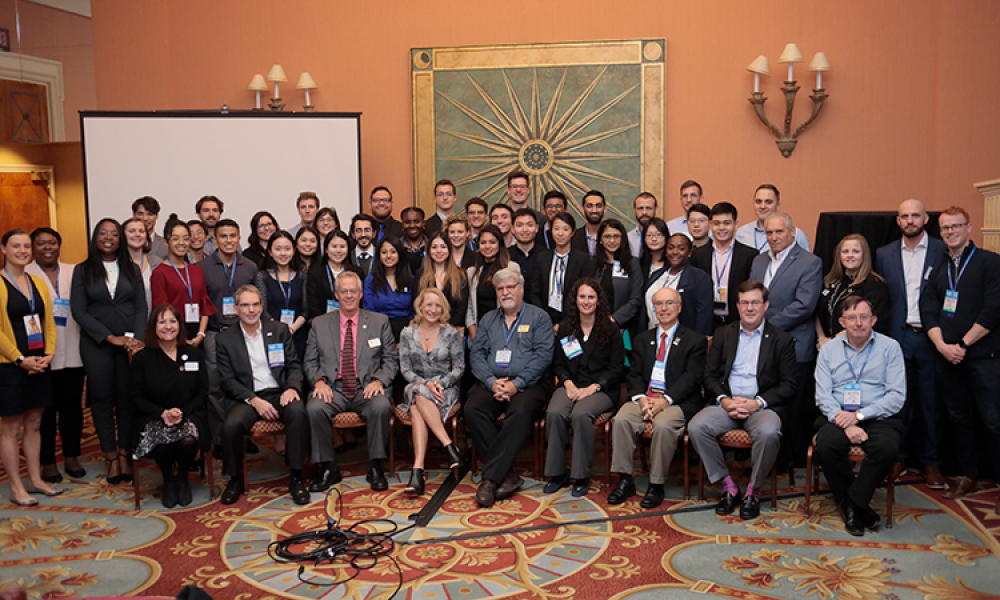 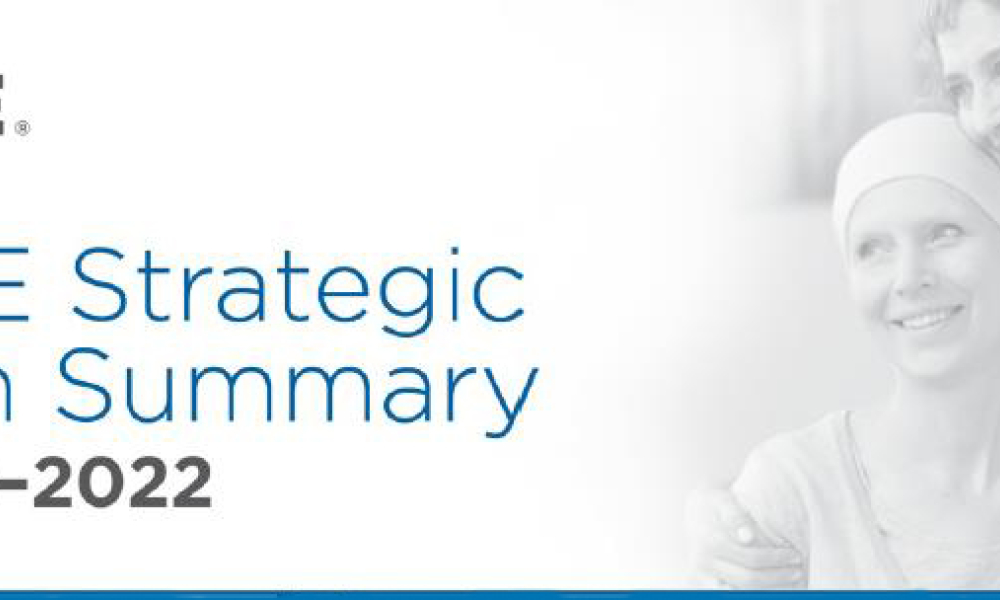 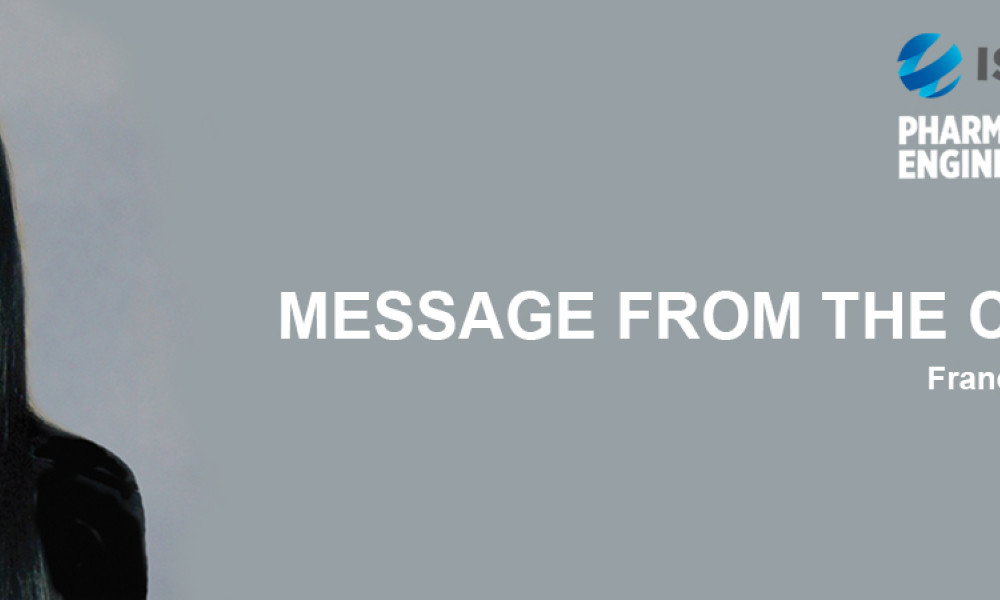