Skip to main content
OK
ISPE.org uses cookies to improve site functionality and to provide you with a better browsing experience.
By using our site or clicking on "OK", you consent to the use of cookies.
iSpeak Blog
9 July 2019

You’ve been with ISPE for quite some time now. Can you please give me a little information on some of the most important things you’ve experienced in the past 12 years with ISPE?

ISPE is a fantastic organization, which has been of tremendous value to both our industry and my personal development. I became a member in 2007, when I was a ‘young professional’ as we call it now. Because I was so young, I mainly joined with the intent to collect information about guidelines. One of the first documents I read as a software validation engineer at Alcon, was the GAMP4.

A while later, I attended the official launch of the GAMP5 in Copenhagen and a fantastic ISPE conference in Barcelona. Both great memories.

After a while, the value of ISPE grew when I realized its full networking potential. I’m very thankful to the organization for all the people I have come in touch with, some of which have become close professional relations. So I decided to give something back by becoming a board member of the ISPE Belgium Affiliate in 2015.

QbD, the company that I founded in 2011, is a team consisting of about 180 professionals, 50 of which work in Latin America, where we have offices in Mexico and Colombia. Both of them are the result of acquisitions of local life science consultancy companies that are now a part of the QbD group. This also means that we share expertise and knowledge with each other. And that we can also work together on an ISPE level. When I met John Bournas in the Rome convention last year, he told me that he had some difficulties launching an ISPE Mexico affiliate. But with the help of our local CEO, Jaime Castro, he has managed to reach the 100-member mark, which is required to start an affiliate.

As far as the Belgian affiliate is concerned, we are working together with ISPE Europe on the ISPE Europe Biotech Conference in Brussels in September. Alongside other board members, we’ve been looking for speakers and arranging visits to some of the many interesting sites that are located in the giant Belgian biotech cluster.

On the other hand we’ve tried to support the very active young professionals community in Belgium as much as possible. These are the people that are going to shape our industry in the future, so it’s in everyone’s best interest to integrate them in our community. I personally do this by showing them the way in the industry by means of my personal network, but I also, give them advice, ….

What are your thoughts on the pharmaceutical industry in Europe in general, and in Belgium in particular? Current and future?

Although Belgium is a small country, with about 11 million inhabitants, we are a big force in the life sciences industry.

Belgium has a tradition of hosting a lot of GMP production facilities from all the large international pharmaceutical companies. On the other hand, we have 23% of the market CAP of all biotech in Europe.

The graph demonstrates this. It shows that percentage wise, Belgium hosts the same level of biotech activity as the US.

Add to this Belgium’s small size – our country is only about 300km across – and you won’t be surprised to know that all biotech players are located very close to each other.

There are different reasons for Belgium’s thriving biotech cluster:

On the other I think that the pharmaceutical industry will transform tremendously over the next years. If you look at how personalized or precision treatments will totally change the way pharmaceutical products are made, supplied, sold, reimbursed. That is completely different than the blockbuster model where one sized had to fit for everybody (or at least a lot of patients).

We also learn more and more about how the human body works and on the other hand we get more and more technological inventions like deep learning that will give us possibilities to do things that we wouldn’t have been able to imagine years ago.

What do you, as an active and engaged Member of ISPE, hope to see happen with the organization in the coming years?

Some publicity towards the smaller life science companies would be a great plus. I really believe that ISPE would benefit from better visibility with that target group, and vice versa. ISPE has its origins in Production/QA and big pharma, but many of today’s innovations happen in small companies (which are then acquired by big pharma, once the solutions works). These small innovative players can also benefit greatly from the network and experience within ISPE.

Life sciences is a great industry to work in. So many fantastic things are happening, resulting in better and healthier lives for people worldwide. It’s also a great industry for entrepreneurs like me. I am extremely grateful that I was able to build a key international consultancy player with 180 employees. And this in just 8 years after our foundation. Only a few weeks ago, I was awarded the title of Flemish Young Entrepreneur of the Year. This is a big deal, as Flanders makes up 60 percent of Belgium’s population and is by far the economical heavyweight region in our country, filled with lots of very talented entrepreneurs in a wide array of industries.

I owe a lot of that success to the extremely capable QbD team, which has become like a family, and of course also to my ties with organizations like ISPE and FlandersBio. This industry still has so many great things to achieve, both in Belgium and internationally, and I’m looking forward to being part of that.

ISPE
Connecting Pharmaceutical Knowledge
ISPE delivers technical and operational solutions to support across the global pharmaceutical and biopharmaceutical industry in the manufacture of quality medicines for patients. END_OF_DOCUMENT_TOKEN_TO_BE_REPLACED 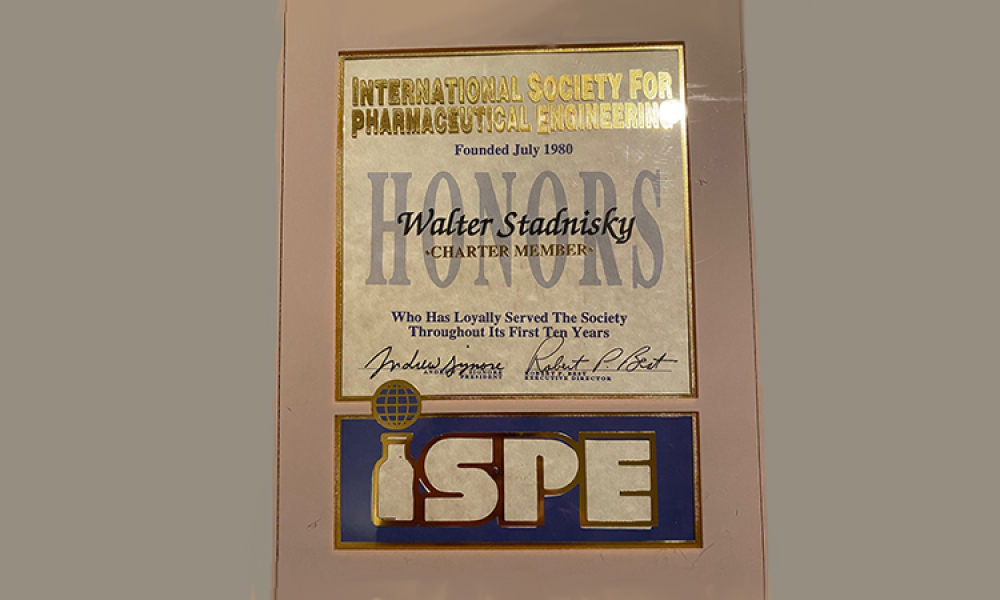 iSpeak Blog
Member Spotlight: Walter Stadnisky - ISPE Founding Member
7 July 2020
Wow! As a Founding Member of ISPE, you’ve been with the Society for 40 years! Can you provide a brief summary of your involvement with ISPE and share some of the more interesting experiences and successes you’ve had with the Society during your lengthy... 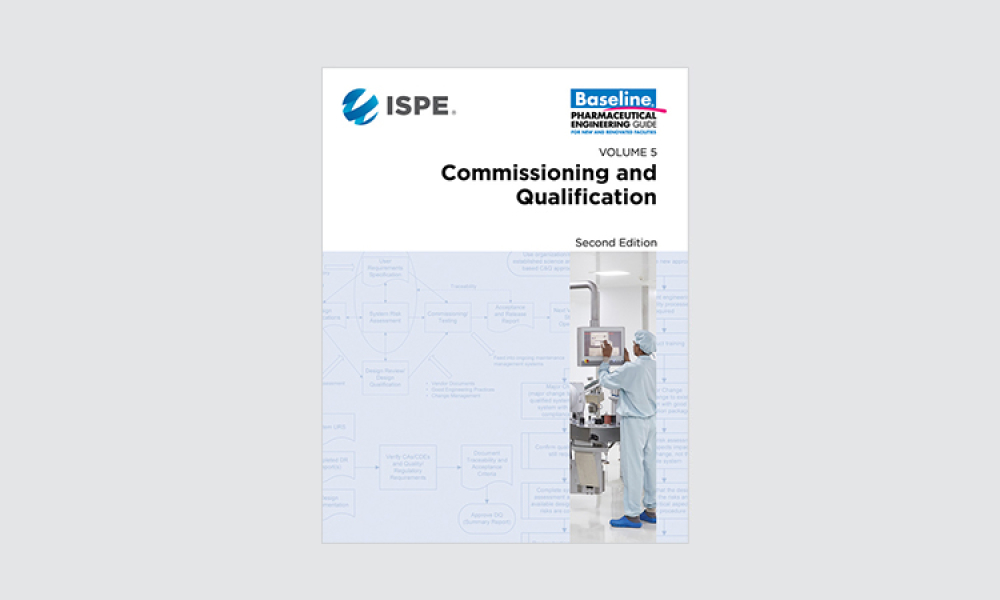 iSpeak Blog
Design Review/Design Qualification
1 July 2020
This blog is the last of four posts addressing questions received during the August 2019 webinar summarizing the introduction of 2nd Edition, ISPE Baseline Guide Vol 5: Commissioning and Qualification. The guide provides a well-defined framework for a... 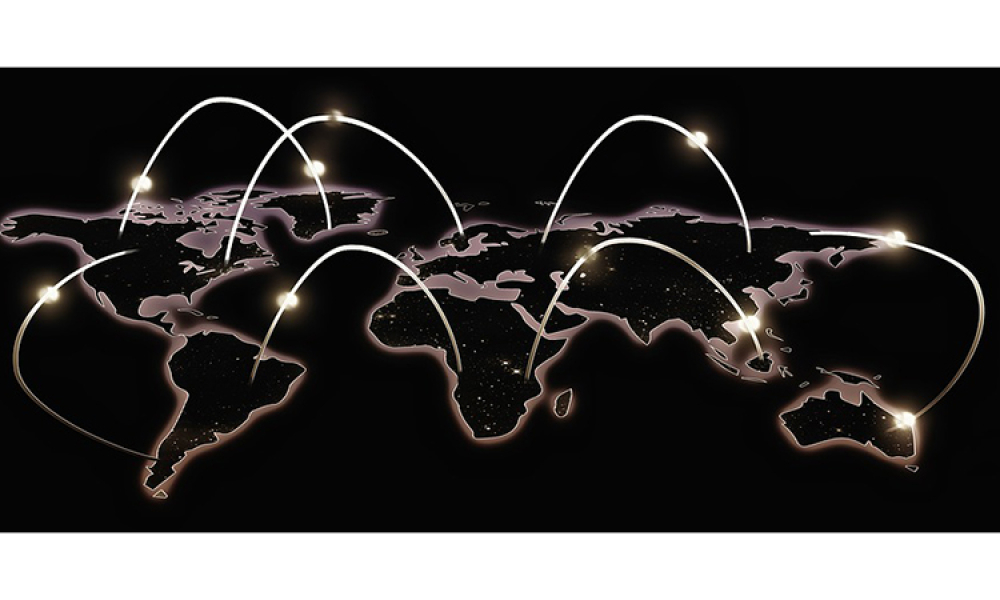 iSpeak Blog
How to Stay Connected with Pharma Professionals Around the World During COVID-19
24 June 2020
We have all been given a lot of options lately. Google “things to do in quarantine” and you will have your pick from a slew of categories. With all these workout videos -- where to start? Which book to read? Make the trending Degong coffee or join my...