Skip to main content
OK
ISPE.org uses cookies to improve site functionality and to provide you with a better browsing experience.
By using our site or clicking on "OK", you consent to the use of cookies.
iSpeak Blog
6 June 2019

Can you tell me a little about yourself – your career, your interests, and your enthusiasm for ISPE?

I graduated from Notre Dame de Sion French High School in Istanbul, Turkey, though my interest in international activities began much earlier. While at Notre Dame de Sion French High School, I qualified as an AFS intercultural program student and had the opportunity to study my junior year abroad at Conestoga High School in Pennsylvania USA as an exchange student. This exposure to an international environment at an early age gave me a diverse understanding of cultures and good interactive skills.

I was always fascinated by chemistry, biology and health sciences, which later led me to study pharmacy at Istanbul University, where I also continued to broaden my experience internationally. During my studies at University, I qualified for the ERASMUS exchange program, enabling me to pursue a portion of my studies at the Faculty of Pharmaceutical and Biological Sciences, University of Lille France. While in Lille, I completed an internship at Laboratoires Boiron, focusing on the production of homeopathic medicines.

Shortly after graduating first in my class from the Faculty of Pharmacy of Istanbul University, I completed a Master of Science program in Phytotherapy at Istanbul University. While studying for my master's degree, I started working at PharmaVision, a contract manufacturing organization for pharmaceuticals in Istanbul Turkey, where my father Dr. Ünsal Hekiman currently holds the position of General Manager and CEO.

After building up experience at technical departments such as Quality Operations and Technology Transfers, I decided to develop my skill set further and completed the Executive MBA program at Boğaziçi University in Istanbul, and this helped me to gain a broader knowledge which led me to my current position as General Coordinator at PharmaVision.

I have always been involved in extra-curricular leadership positions, starting with Rotary International. I served as Chair of Istanbul Rotaract Club between 2007 and 2008, during which our Club was awarded for various social and international projects.

I have been part of the ISPE community ever since the foundation of the ISPE Student Chapter in Turkey in my college years. ISPE was the best organization to pursue and further my career in pharmaceuticals. 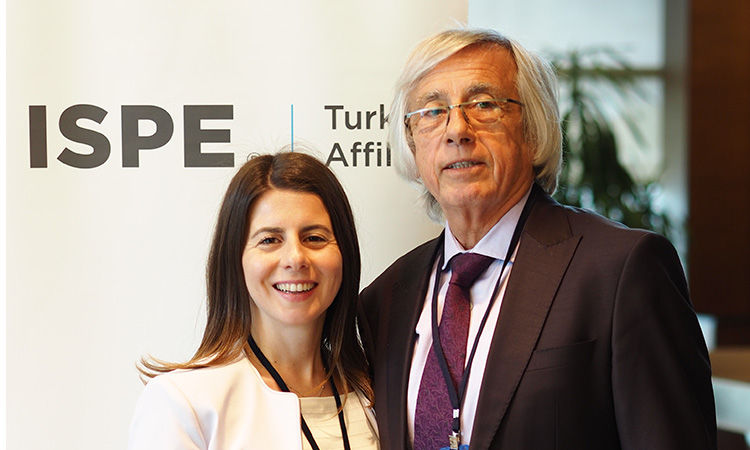 I heard that your father is a legacy member of ISPE. Did his involvement in ISPE have something to do with your interest in the Society? Do you two attend conferences and other ISPE events together?

Yes, my father Dr. Ünsal Hekiman was the founder of ISPE Turkey Affiliate back in 2005. At that time, I was studying at Istanbul University and was involved with the Student Chapter that was officially chartered in 2007.

In 2008-2009, I served as Chair of the ISPE Student Chapter in the Faculty of Pharmacy at Istanbul University. We were very proud to receive "ISPE's 2009 Student Chapter of the Year Award" for the activities carried out during my tenure at one of the Annual Meetings I attended together with my father while he was still the Chair of the Turkey Affiliate.

Later, Prof. Dr. Ahmet Araman and Pharm. Fatma Taman took over the leadership positions respectively at our Affiliate, while I was proudly working as the Secretary-General of the Affiliate between 2011-2018. Meanwhile, I have also been involved at the regional working groups of the ISPE and served as Co-Chair of the ISPE European Affiliate Council for the 2012-2013 term as well as the Chair of ISPE European Affiliate Council for the 2013-2014 period, in addition to my roles in the ISPE's European Leadership Team and Euroforum.

I was elected as Chair of the ISPE Turkey Affiliate in 2018, and I can say that my father Dr. Ünsal Hekiman, the Honorary Chair and Founder of our Affiliate, has always been a big supporter of our Affiliate and still enjoys to participate to our local events from time to time.

Please give us your thoughts on the outlook for the pharma industry in Turkey.

The Turkish pharmaceutical industry fully complies with current international standards in terms of production and technology. With its long-standing culture of production and state-of-the-art infrastructure, the Turkish pharmaceutical industry provides more than 11 thousand products produced at 81 facilities at international standards by approximately 500 organizations and 35 thousand employees.

While the global pharmaceutical market reached 1.2 trillion USD, Turkey ranked 17th among other nations, with over 2.3 billion units sold in 2018. Owing to the quality of the country's human capital and state-of-the-art technology, on par with products produced in developed markets, Turkey is currently exporting pharmaceuticals to more than 160 countries, including the EU and the USA.

The Good Manufacturing (GMP) practices were implemented in Turkey in 1984, which was later followed by the implementation of EU Directives and Guidelines for pharmaceuticals in 1995. Pharmacies being only points of sale for prescription and non-prescription drugs, Turkey was the first country to implement an end to end pharmaceutical track & trace system in the world.

Back in 2010, as PharmaVision, we were very proud to be the first factory to implement the new system in all our packaging lines, as a concrete indicator of our dedication to innovation and punctuality. As an organization that provides manufacturing services for local and international pharmaceutical markets on behalf of more than 40 customers, we aspire to benefit our society and our associates through continuous technological progress, while sharing our understanding of excellence with all our business partners in attaining total customer satisfaction and trust, not only with the quality of our products but also with the quality of the entirety of our activities.

At the beginning of 2018, Turkish Health Authority, specifically Turkish Medicines and Medical Devices Agency, joined PIC/S as its 51st Participating Authority. We believe this membership constitutes an important milestone in the realization of our country's export-oriented future production goals for pharmaceuticals.

And – what about the ISPE Turkey Affiliate? Can you tell us a little about its activities, efforts, and growth?

ISPE Turkey Affiliate was inaugurated in 2005 as the ISPE's 21st Affiliate, the main focus being education and training. The Affiliate has made remarkable progress in several areas, resulting in a membership profile reaching 200 members, surpassing all expectations. This progress is mainly linked to educational seminars held twice a year, where we present trending topics of the pharmaceutical industry through subject matter experts.

The Affiliate had a significant input in introducing the Pharmaceutical Engineering concept and related activities to various Universities in Turkey and starting the country's first "Pharmaceutical Engineering" course at Istanbul University's Faculty of Pharmacy. This pioneering course initially began as an elective course in 2007 which later received the approval of The Turkish Higher Education Council in 2010 to become a master's degree program in 2011.

Another highlight has been the Affiliate's contributions at high school education. As a result of active cooperation between ISPE Turkey Affiliate and the Ministry of National Education's General Directorate for Technical Vocational Education, "Pharmaceutical Manufacturing Technician" curriculum started in Turkey for the first time in 2008 at Kadırga Vocational High School. Kadırga Vocational High School was chosen as a pilot school for the implementation of this brand new project aiming to train the qualified technical personnel needed by the pharmaceutical industry.

ISPE Turkey Affiliate set up a "Pharmaceutical Manufacturing Technician Training Laboratory" with support of various pharmaceutical companies in Turkey to supplement Pharmaceutical Technician education with hands-on experience. We continue to support the training of the students by offering seminars on various topics of the pharmaceutical industry through volunteer contributions.

Aligned with ISPE’s global strategy, we work in close contact with our local health Authority: Turkish Medicines and Medical Devices Agency (TMMDA). In addition to the fact that inspectors and regulators often attend our events as keynote speakers, upon the request of the Agency in 2017, we organized a specific biotechnology training as live videoconference for the delegates of the Agency with the courtesy of Dr. Antonio Moreira from University of Maryland, Baltimore County (UMBC)-USA.

Another important achievement of our Affiliate has been the establishment of various working groups the latest one being the local GAMP Community of Practice (CoP). The official inauguration event for ISPE Turkey GAMP CoP was held on 17 December 2018 with participation of ISPE’s GAMP Global Steering Committee Chair Chris Reid, ISPE GAMP European Steering Committee Chair Heather Watson and ISPE GAMP Editorial Review Board Chair Chris Clark. We recently organized the first local GAMP forum around the topic of “Data Integrity for Production and Laboratory Equipment” on 11 April 2019 with the contribution of over one hundred participants.

ISPE Turkey Affiliate was recognized with the "Affiliate of the Year Award” for service to membership and innovative contributions towards the development of the pharmaceutical industry in the Society’s 2016 Annual Meeting held in Atlanta, USA. We were very proud for getting this award for the second time after the first “Affiliate of the Year” recognition that we got in 2007, only 2 years after the foundation of our Affiliate based on the rapid growth of the membership profile.

As we look forward to celebrate the 15th anniversary of our Affiliate in 2020, present and future leaderships will remain committed that the Affiliate will continue such efforts ensuring that the Turkish pharmaceutical industry is a dynamic and contributing partner of the advancing global pharmaceutical world.

ISPE
Connecting Pharmaceutical Knowledge
ISPE delivers technical and operational solutions to support across the global pharmaceutical and biopharmaceutical industry in the manufacture of quality medicines for patients. END_OF_DOCUMENT_TOKEN_TO_BE_REPLACED 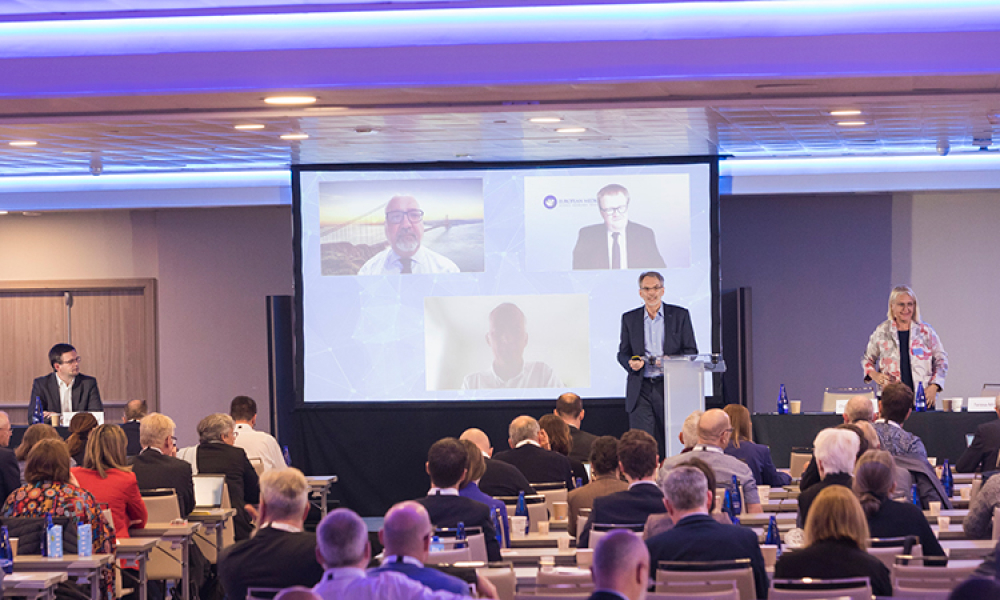 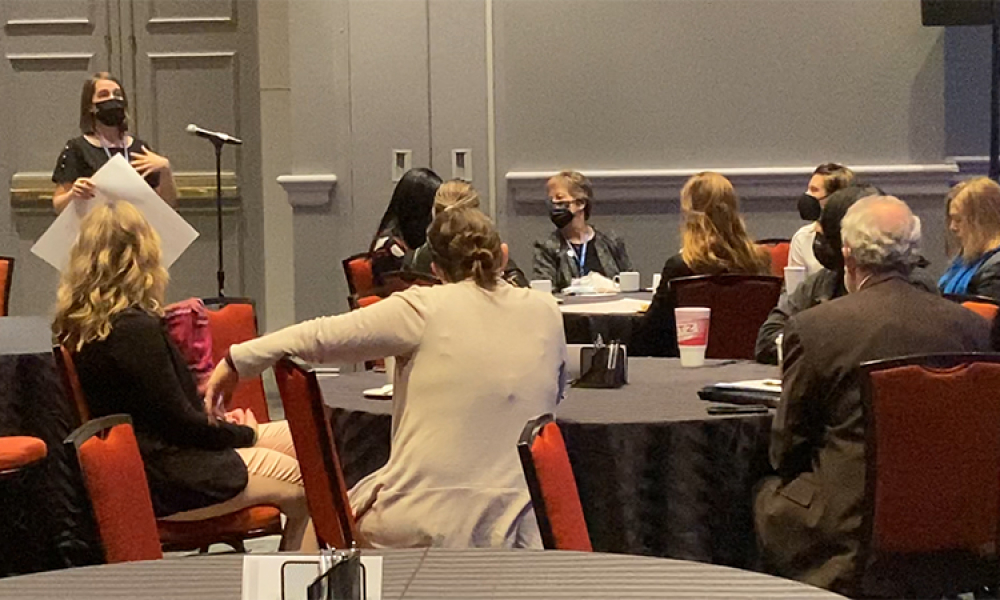 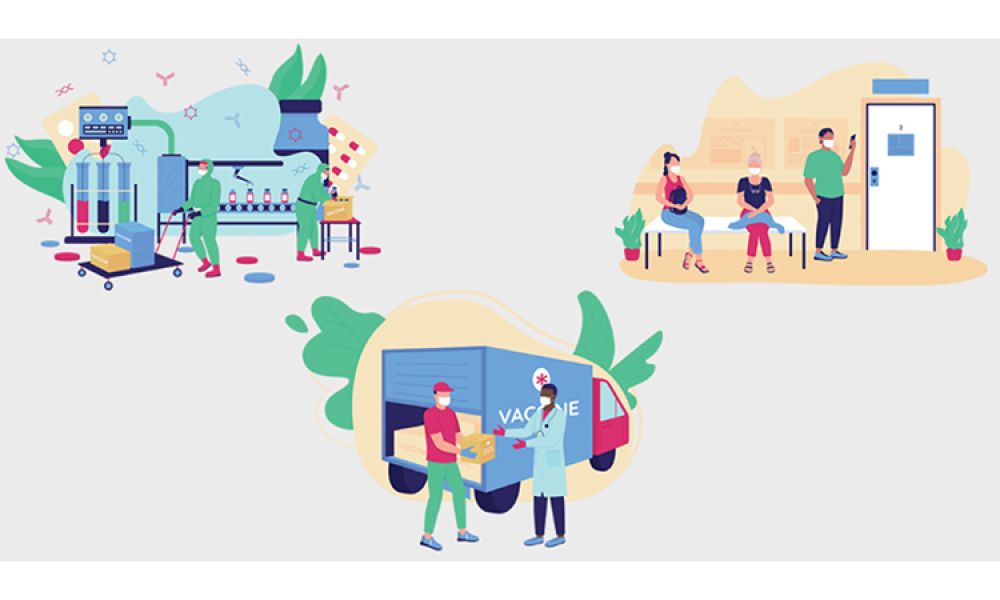