Skip to main content
OK
ISPE.org uses cookies to improve site functionality and to provide you with a better browsing experience.
By using our site or clicking on "OK", you consent to the use of cookies.
Online Exclusives
November / December 2020

In 2014, Pharmaceutical Engineering® published an article, “Lessons Learned in the Ballroom,”1 which presented for the first time an alternative to the then-popular ballroom concept adopted by biopharmaceutical manufacturers for drug substance facilities. Now, six years later, we revisit that article to look back at what has happened in biopharma factory design since 2014 and look forward to the ever-evolving practices in single-use and hybrid facilities.

A significant number of biopharma companies are now investigating the concepts proposed in the 2014 article, such as inline conditioning and robotics. As a result, the industry can expect even smaller, more flexible factories with lower operational expenditures and faster routes to market.

The new challenge for facility designers is to keep pace with the now rapidly changing requirements brought on by Pharma 4.0™.

Lessons Learned in the Ballroom (2014)

The original article predicted what the next-generation “dance floor” facility might look like: smaller and better organized, with less movement, and with more use of standard disposable designs and defined tubing routes. What follows is an overview of the concepts discussed in the original article, looking at what has happened since its publication, and, in some cases, the changing outlook for the future. Figure 1 illustrates a dance floor facility design. 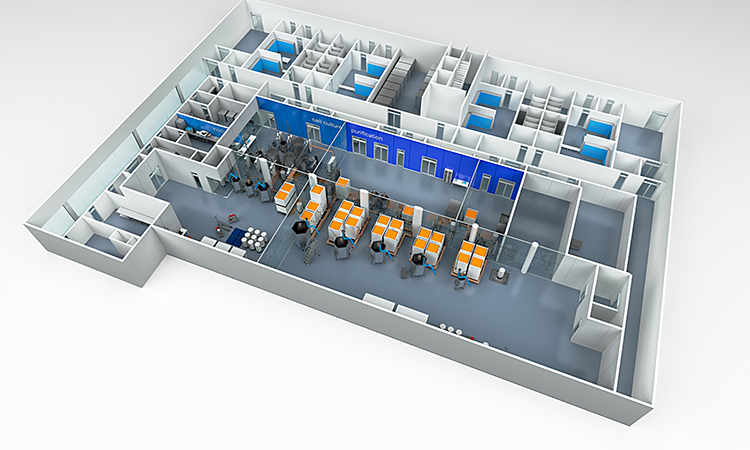 The first area of focus in ”Lessons Learned in the Ballroom” was the movement of totes. In terms of lean design, movement should be eliminated, wherever possible. Decreasing tote movements was put forward as a positive development in the original article.

Movement of totes by humans could be seen as a negative, as the time spent physically moving totes can be considered time wasted; however, that is not the case for robotic movement. If tote movement is completed by robots, and totes are where you need them when you need them, then the movement has no impact on human efficiency. The use of autonomous vehicles for buffer movement is not in common use at present; however, there are several companies already willing to provide such vehicles.

The original article predicted the wide-scale use of globally available standard designs. This is a success story in that such designs are now available; however, wide-scale use has taken longer than anticipated.

Four companies now offer standard disposable designs.2 The program is gaining traction and is being promoted to both end users and suppliers. It still has the same aim of making the supply chain more robust, reducing component delivery times, and decreasing the storage capacity required for component stores.

A fully flexible production area is operationally sub-optimal because it increases the probability of mix-up. To achieve full flexibility requires compromise, in particular on the layout and services. Therefore, what is required is a production space that is flexible to a point. Good planning at the early stages of facility design can identify the level of flexibility required in all areas of the production facility.

Wherever possible, equipment should be static (in use) and situated no greater than 3m from its associated equipment.

This “three-meter rule” seems like a very simple concept; however, many facilities are still being designed with the idea that bigger is better when it comes to the facility footprint. That said, the three-meter principle is being adopted by the industry.

Experience has shown that special attention is needed when supplying buffers to chromatography systems. For every meter a chromatography system is moved closer to the feed buffer totes, there will be a significant reduction in the volume of single-use tubing required. Work is still needed to publicize the need for tubing length reduction to be part of a project delivery.

The original article suggested three methods to avoid mix-ups in a dance floor operation: color coding, defined tubing routes, and automation. All three of these suggestions have now become reality. The advent of continuous processing is helping drive this, as continuous processing requires full automation by its very nature. Figure 2 illustrates the use of color coding. 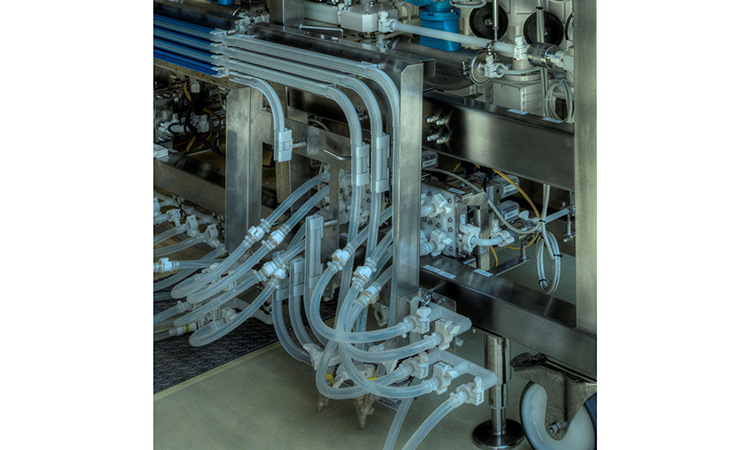 There is a significant need for plug-and-play software. However, because of security concerns, systems must be modified to be operated by remote inputs and outputs (I/O) and an overall process control system. This has contributed to delays in progress in this area, and can result in unnecessarily high costs for the facility owner.

The BioPhorum Operations Group (BPOG) automation team is actively addressing these challenges and expects plug-and-play bioreactors to be available in 2021.3

The only place where just-in-time (JIT) preparation has been routinely used is in the filling of bioreactors. The resistance to JIT buffers seems to be mainly due to the need to have buffers in place before starting the purification step. The one relatively routine exception to this is sodium hydroxide, where the use of storage tanks and loops is more commonplace.

The Wheels Are Not Removed

The concept of clustering equipment was broached in the original article, and a good example of this approach can be seen on the front cover of the ISPE Good Practice Guide: Single-Use Technology4

In effect, the equipment is not bolted to the frame/platform, allowing for easy removal, if required, while at the same time providing support for GMP trunking and utility pipework. There is also the added advantage of reducing the number of utility drops.

Equipment clustering also provides a degree of freedom because the order of equipment in the production train is not necessarily fixed. For example, if an additional purification step is required, it can be easily incorporated through clustering.

Another area in which clustering is advantageous is in multiproduct facilities where each product has a dedicated production train configuration. With equipment clustering, the reconfiguration and production space turnaround can be greatly reduced.

There have been many advances in technologies for upstream and downstream process steps over the last few years. And now, as demonstrated in a recent BPOG paper,5 some of these technologies, such as inline dilution and inline conditioning, can be adopted for use in the preparation of buffer solutions.

A buffer management strategy that blends conventional and new technologies allows the footprint required for buffer preparation to be reduced. This means a smaller overall facility footprint in new facilities, and an additional area in existing facilities that could be converted into production space.

One notable example of this is Kedrion Biopharma, which achieved space savings of 61% by implementing inline conditioning. This space saving refers to production space and is a reduction of space compared to traditional buffer preparation methods.6

As buffer preparation areas are reduced in size, a preparation suite that would have been dedicated to one production area in the past could now support multiple production units. This opens up new possibilities to increase production and expand facilities.

Although the time to design and construct production facilities has been dramatically reduced, facility design and construction cannot keep pace with the daily evolution of technologies and new medicines. The use of a prototypical or model design and modular approach has the potential to reduce these times significantly. A prototypical design is a master design, one that can be replicated at various sites and facilities. In addition to reducing facility design and construction time, it also has the benefit of reduced operator training, as all facilities are the same. It also has the potential to reduce the time for commissioning activities, as many protocols and other documentation can be leveraged from the prototype facility7 .

At first glance, there do not seem to be many applications where modern robotics could be used in a single-use facility; loading a 2,000-liter bioreactor bag would not be something suited to a currently available robot. 8 , 9

To see how robots will be employed in biopharma, we need to look at the bigger picture of all production-related activities, such as laboratory and logistical functions, and not just core manufacturing tasks around the unit operations.

In a recent 1,000-liter, single-use continuous facility, management realized that the facility could operate with most of its manufacturing staff working from 8:00 until 17:30. This was due to the ability of the control system to run overnight without any manual interventions. The change in staff hours significantly reduced the manufacturing head count. However, quality control and warehouse operations were largely unaffected. Mobile and static robotics applications are now being investigated to take over repetitive tasks in those departments. Areas of interest include: 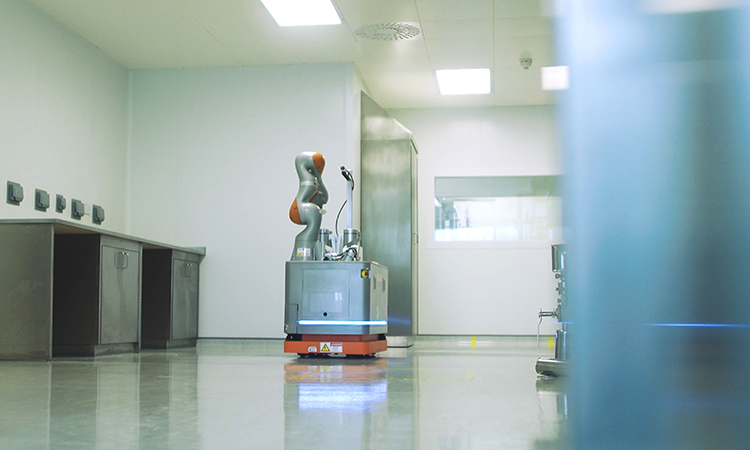 In the past six years, the ideas mentioned in the original PE article have been developed and adopted. The one major innovation that was not predicted in the original article is the use of concentrates and conditioning. This has meant the movement of 1,000-liter volumes is becoming more widespread and, no doubt, will increase with the adoption of the modern automatic guided vehicle (AGV) systems.

As we look to the future, we expect that the use of single-use assemblies in new continuous facilities will continue to increase. The next major steps forward will be in the realms of robotics and automation.

In the summary of the original article, it was predicted that production spaces would become leaner, smaller, more standardized, and more reliable. We still predict those four characteristics will take hold, but for slightly different reasons. We now expect that production areas shall become:

Special thank you to Catherine Lanigan (Pharma Sector Operations Manager, PM Group) and Mike Law (Principal Process Engineer, PM Group) for their input into and review of this article. 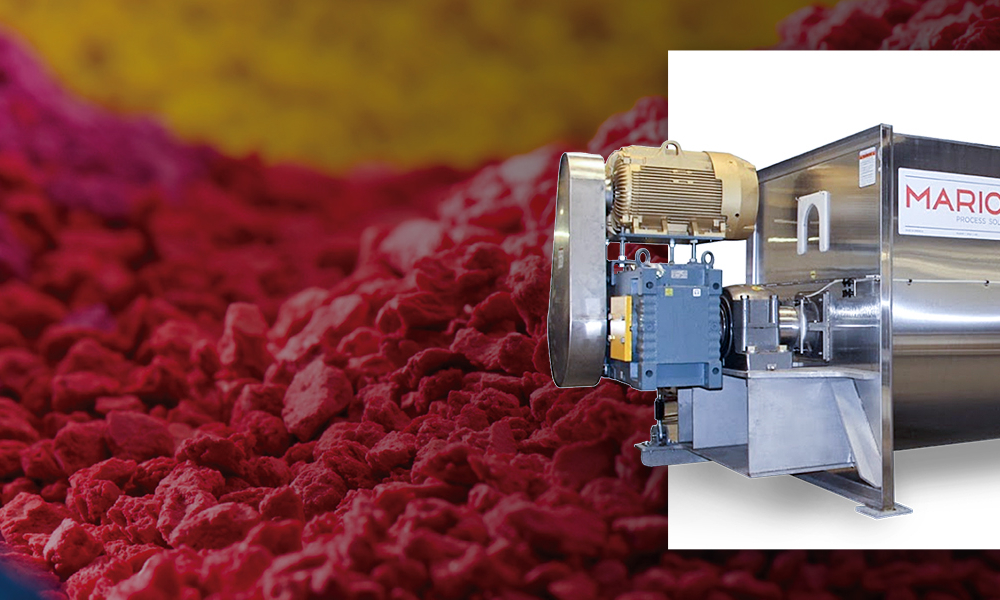 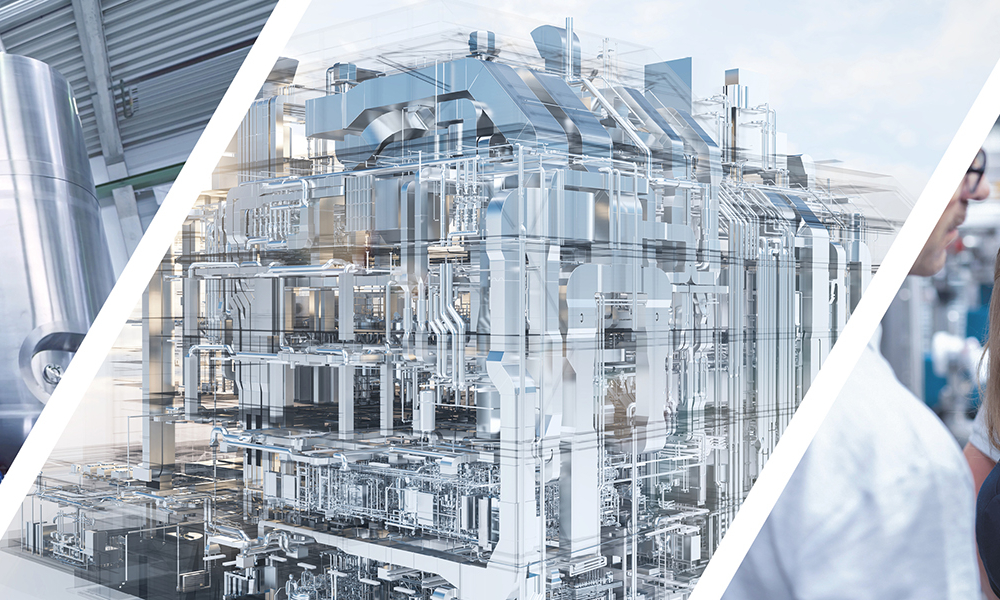 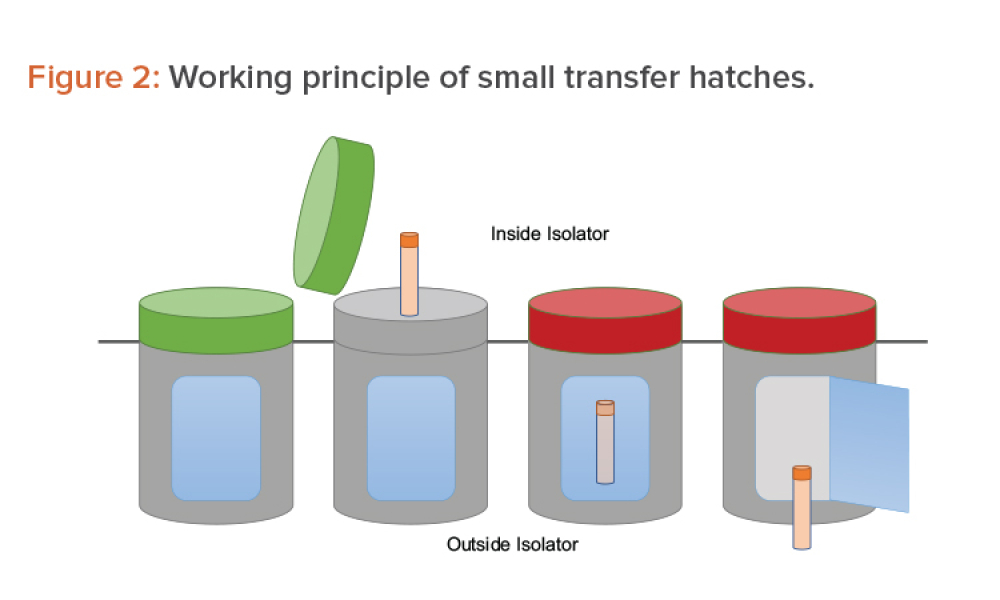 Technical
Moving From Cleanroom to Isolation Technology for ATMPs
1 May 2022
Advanced therapy medicinal products (ATMPs) pose specific manufacturing challenges beyond those typically addressed by pharmaceutical chemistry. Often in current ATMP applications, a change in approach is introduced at some point in the development process out of convenience or necessity, which...