Skip to main content
OK
ISPE.org uses cookies to improve site functionality and to provide you with a better browsing experience.
By using our site or clicking on "OK", you consent to the use of cookies.
iSpeak Blog
10 July 2020

Wow! As a Founding Member of ISPE, you’ve been with the Society for 40 years! Can you provide a brief summary of your involvement with ISPE and share some of the more interesting experiences and successes you’ve had with the Society during your lengthy tenure?

ISPE was founded in 1980 by a handful of people, including Don and Cheryl Cattaneo, John Erler, Richard Purdy, and James Shepard, who believed the pharmaceutical industry needed an organization to deal with practical applications of science and technology for technical professionals. I was working at Millipore Corp in the high purity water business in 1980 and presenting seminars on the same at the Center for Professional Advancement.  I was approached by the early founders of ISPE to conduct the first high purity water treatment seminar for the Society.  I was also invited to run for a Board of Directors that was forming to help guide the startup of the Society.  The early years proved to be quite difficult in terms of the financial stability of the organization; in fact several of the early Board members actually co-signed on a note to allow the Society to borrow enough funds to get to a break-even rate.

Sometime around 1983 I was elected Board President, which turned out to be the first significant turning point for the young Society.  At the annual meeting that year, we conducted a series of interviews leading to the hiring of Bob Best as the new General Manager for the operations of the Society.  At that time, we could probably have fit the entire membership into one room!  We were either very smart, but most likely very lucky, to have brought Bob on board, as he proved his mettle applying his marketing and personnel management skills, leading the Society out of insolvency, establishing the base on which the current global membership was built. There were many ‘unsung heroes’ that helped form the basis of what ISPE is today, but Bob was unequivocally the hiring decision I am most proud of being a part of.

Andrew Signore was a strong contributor to the newly formed ISPE. Another past ISPE President and recipient of several ISPE awards, Andy was one of the first professionals to receive the Certified Pharmaceutical Industry Professional (CPIP) by ISPE. Richard Purdy was another forceful advocate in those early days, which why we decided to name the Richard B. Purdy Distinguished Achievement Award for him after he unfortunately passed away. I was one of the earliest recipients of the award named in his honor.

How did you come to dedicate your career to the pharma industry?

I remained involved with ISPE even after my time on the Board of Directors ended, providing and facilitating the first business planning sessions for the Society.  These were attended by Board Members, Officers, and several staff members.  The process established a strategic direction, initially with a consultant hired to assist us, with subsequent sessions planned by Bob, Society leadership, and my continued efforts.

As my own career evolved, I focused more on general management positions, leading to being hired as President of Roper Pump Company, a subsidiary of Roper Technologies, a $3.5B publicly traded company, in 2000.  The demands of running a large company left little time to continue my involvement with the Society and the pharma industry, which I had to end. I ran the subsidiary until 2013 and have been semi-retired since then.  After all the decades on airplanes, I now get to enjoy traveling with my wife and playing with three grandchildren.

What are your thoughts on the state of the pharmaceutical industry today as opposed to how it was in 1980?

Offering a perspective on the state of the industry today might be better addressed by others that remain directly involved.  However, as fate would have it, my older son received a PhD in Immunology, became involved with essentially the same customers that I used to deal with, but in the rather more technical arena of flow cytometry.  He was appointed as President of FloJo, the premier software supplier to flow cytometry companies, sold the company to Becton Dickinson, and worked for them.

What do you, as one of the original Members of ISPE, hope to see happen with the organization in the coming years?

I sincerely hope that the Society continues to evolve along with the rapid changes going on in the industry as technical advances in disease treatment evolve to individualized custom therapies along with single usage technologies.

I miss the camaraderie that evolved over those early formative years with the Board members and early staff in Tampa and wish ISPE continued success as the premier Society serving the global needs of the bio/pharma industry. 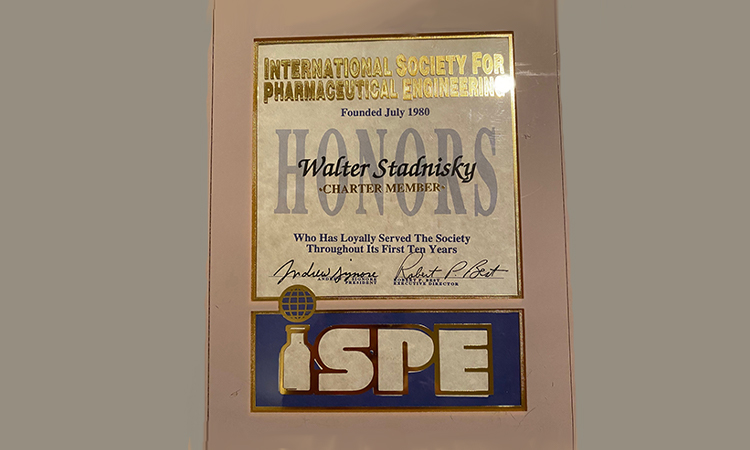 ISPE
Connecting Pharmaceutical Knowledge
ISPE delivers technical and operational solutions to support across the global pharmaceutical and biopharmaceutical industry in the manufacture of quality medicines for patients. END_OF_DOCUMENT_TOKEN_TO_BE_REPLACED 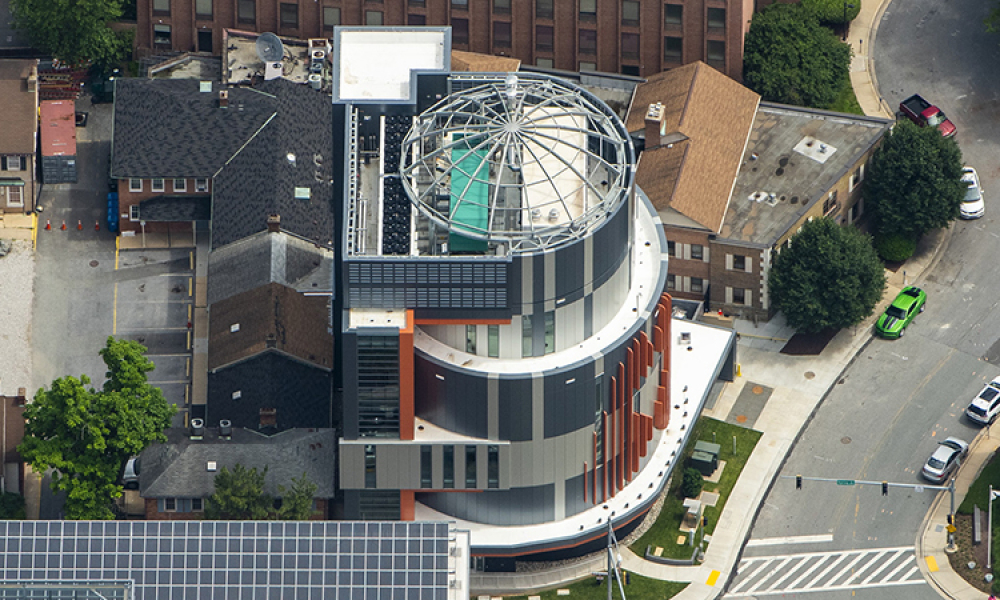 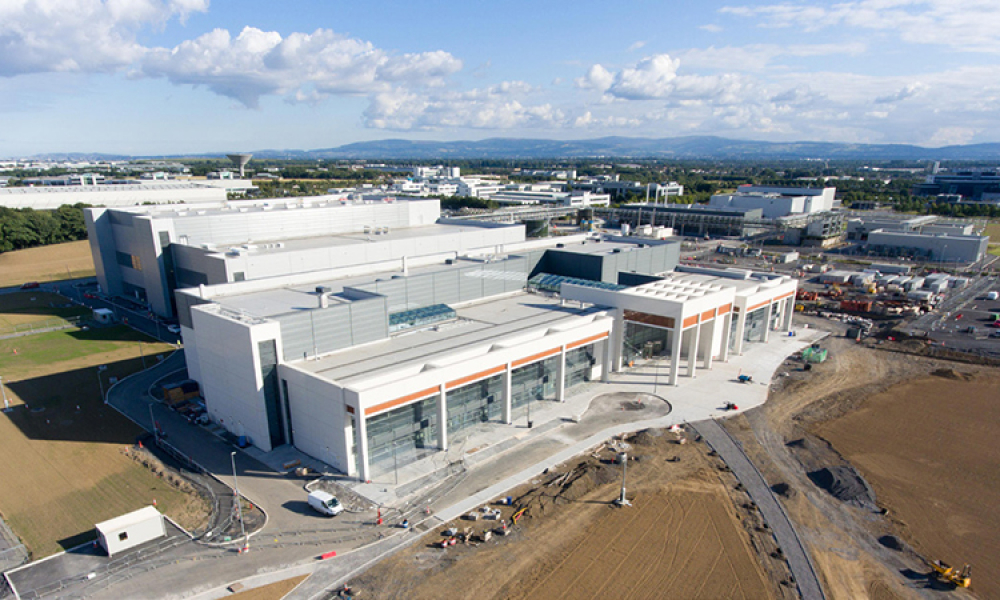 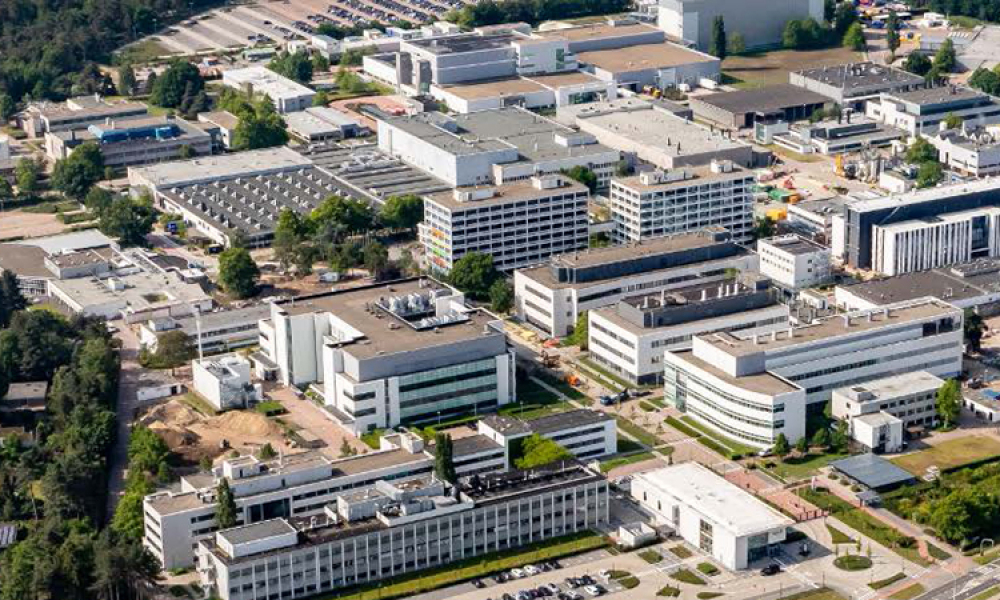