Skip to main content
OK
ISPE.org uses cookies to improve site functionality and to provide you with a better browsing experience.
By using our site or clicking on "OK", you consent to the use of cookies.
iSpeak Blog
16 March 2022

The 2022 ISPE Aseptic Conference opened on Monday 14 March with keynote presentations by two regulators focusing respectively on PIC/S harmonization efforts (including the forthcoming Annex 1 revision) and FDA adaptations of operations through the pandemic and beyond.

The two-day conference was live again for the first time since 2020 in North Bethesda, Maryland, and also offered virtual attendance for many sessions. The Opening Plenary session provided a focus on regulatory issues.

Thomas B. Hartman, President and CEO of ISPE, opened the conference, noting how good it was to see attendees in person and thanks to the lifting of a local mask mandate, to see people smiling again. More than 400 registrants, including about 90 attending virtually, were attending from many countries, Hartman noted.

The Aseptic Conference is a critical meeting for ISPE members and the industry, Hartman said, because these processes are the closest to patients; regulatory guidance and implementation meet in the presentations and discussions that support protecting patients. He thanked the program committee, sponsors, exhibitors, and ISPE staff for their work and support of the conference.

Jörg Zimmermann, Vice President, Vetter Development Service, External Affairs, at Vetter Pharma-Fertigung GmbH & Co., and 2021–2022 ISPE International Board Chair, served as program chair. He welcomed attendees and gave an overview of the conference highlights including the first day’s plenary with regulators and day two’s plenary with an industry perspective, as well as the popular regulatory panel session that concludes the two-day conference.

In a session entitled “Harmonization Efforts of PIC/S and the Impact on Aseptic Processing,” Paul A. Gustafson, 2022 Chair of Pharmaceutical Inspection Co-operation Scheme (PIC/S) and Senior Corporate Regulatory Compliance and Enforcement Advisor, Regulatory Operations and Enforcement Branch (ROEB) at Health Canada, gave an overview of PIC/s activities and also spoke about the forthcoming Annex 1, which he said is expected to be published by mid-year and will have significant impacts on aseptic processing and sterile manufacture.

As of January 2022, PIC/S had 54 members, six associated partners, five applicants, two pre-applicants, and four former pre-applicants. Gustafson described the process for becoming a part of PIC/S, the accession process which includes up to two years of pre-accession and six years of accession.

PIC/S works on harmonization by its expert circles, working groups, inspectorate academy, joint visit program, and joint reassessment program, all of which work to produce guides, recommendations, and quality systems. The main way PIC/S provides guidance is the PIC/S GMP Guide, which is very similar to the European Medicines Agency (EMA) GMP Guide, though with some differences in terminology and some variations such as the recently published Annex 2A “Manufacture of Advanced Therapy Medicinal Products for Human Use.”

The revision of the GMP Guide’s Annex 1—Manufacture of Sterile Medicinal Products will be a significant revision, he said. Gustafson noted the collaboration among PIC/S, EMA, and the World Health Organization (EMA) in work on the revision, and said the revision will have a “wonderful impact” on aseptic processing and protection of patients.

He reviewed the development process for the Annex 1 revision that started with discussion among PIC/S partners as an area of importance followed by a 2015 concept paper that framed the revision process on three considerations: (1) new technologies and processes not previously covered; (2) the need to integrate changed elements such as quality risk management; and (3) try to improve areas to reduce ambiguity and give clearer interpretation of GMP expectations. The first consultation in 2017 drew about 6,000 comments; a second consultation in 2020 drew about 2,000 comments.

The revised Annex passed preliminary stages of review in December 2021 by PIC/S, EMA, and WHO; as of mid-February, it is proceeding through final adoption processes. Gustafson estimated that publication would probably occur somewhere between the beginning of July and end of September this year.

Some areas of note include:

Harmonization and stakeholder considerations that were explored during the revision process included these areas:

After publication, there will be a one-year period before the guide comes into force (two years for the section on lyophilizers), he said. This time will allow for training and implementation, and he noted many areas will be looked at to elevate harmonization considerations.

Alonza Cruse, Director, Office of Pharmaceutical Quality Operations, US Food and Drug Administration/Office of Regulatory Affairs (ORA), gave the final keynote of the morning, “ORA Update—Navigating Our Oversight Through COVID-19 and Beyond.”

The FDA is transitioning to more normal operations in domestic and foreign inspections, Cruse said. For domestic inspections, the FDA has begun prioritizing and getting staff out while continuing to use personal protective equipment, testing staff, and promoting vaccines among the inspectorate and staff.

The risk-based and deliberate approach that the FDA employed through the pandemic continues today, he emphasized. Cruse reviewed some inspection process adjustments during the pandemic, including preannouncing all inspections both foreign and domestic (most domestic inspections are not preannounced, most foreign inspections are). The pandemic raised challenges such as not being able to visit facilities while operational because of changes in schedules and operations from the pandemic. Inspections did continue throughout the pandemic; foreign inspections were conducted when mission critical or highest urgency to the drug supply. The FDA worked with global partners including PIC/S and with the EU via its MRA including requesting and reviewing inspection reports from non-EU countries that were conducted by EU countries, which helped to provide information while travel was restricted.

Other steps taken during the pandemic included placing several firms on import alert due to adulterated hand sanitizers; reviewing compliance history of manufacturing facilities; using analytical testing such as testing of hand sanitizers for methanol or sub-potency; and remove evaluation of facilities by video or livestreaming of operations.

Some of the necessary changes to the environment allowed the agency to reassess, such as the use of 704(a)(4) authority to request records before or in lieu of inspections; this was used during the pandemic. Efforts to find the most effective way to continue to use records requests are underway.

Remote regulatory assessments (RRA) findings including any noted discrepancies or concerns and outcomes are documented and items identified for follow up on next inspection. RRAs are being used for preapproval inspections, surveillance inspections, and following up on some defect reports. Although the regulatory depth may not be the same as in-person inspections, he said, these records provide the agency with areas of focus for potential issues and for future inspections. This assessment is not equivalent to an inspection and does not require the issuance of an FDA Form 482 or 483.

Another tool used is remote interactive evaluation (RIE), for which guidance was published in April 2021. This can include live streaming, screen sharing, and other real-time activities. RIEs are considered voluntary and manufacturers are not required to participate. Cruse recommended reviewing the guidance as the FDA receives many questions about RIE.

Cruse concluded that the FDA has learned a lot through the pandemic process. He expects the relationships with other agencies through mutual reliance will continue to grow as the agency returns to more normal operations. 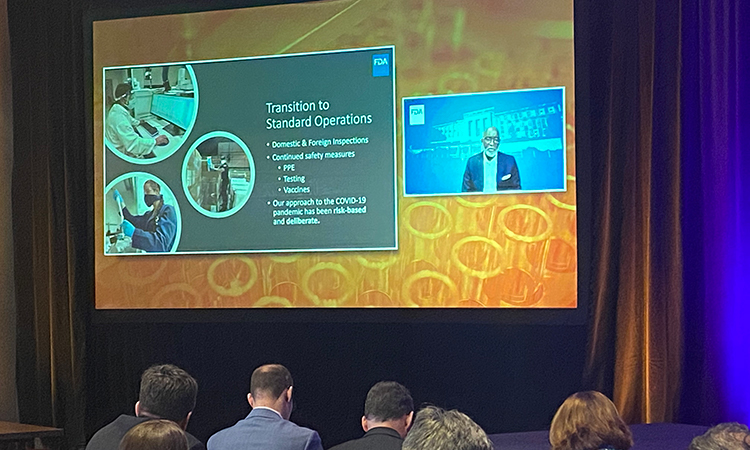 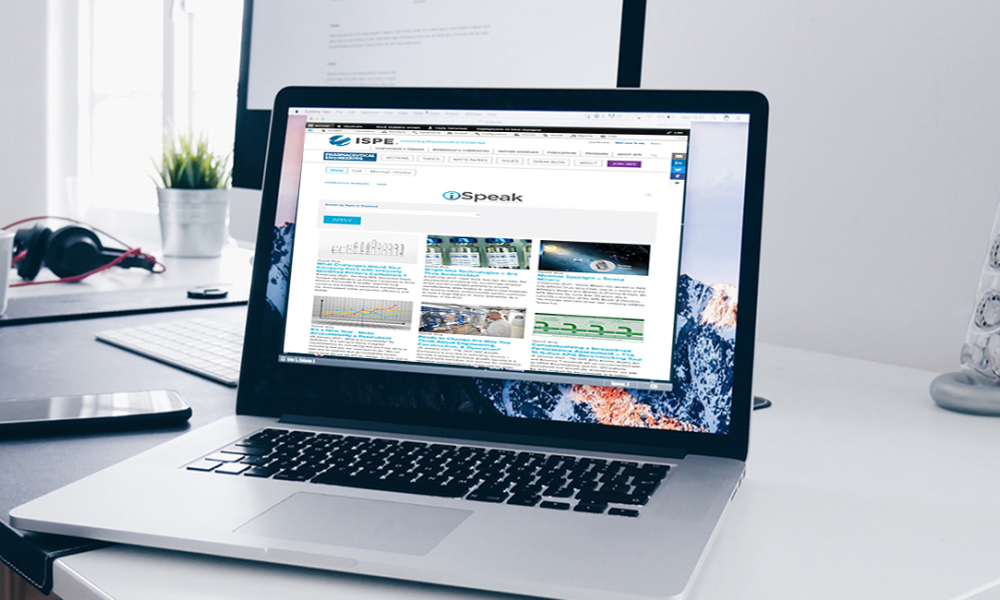 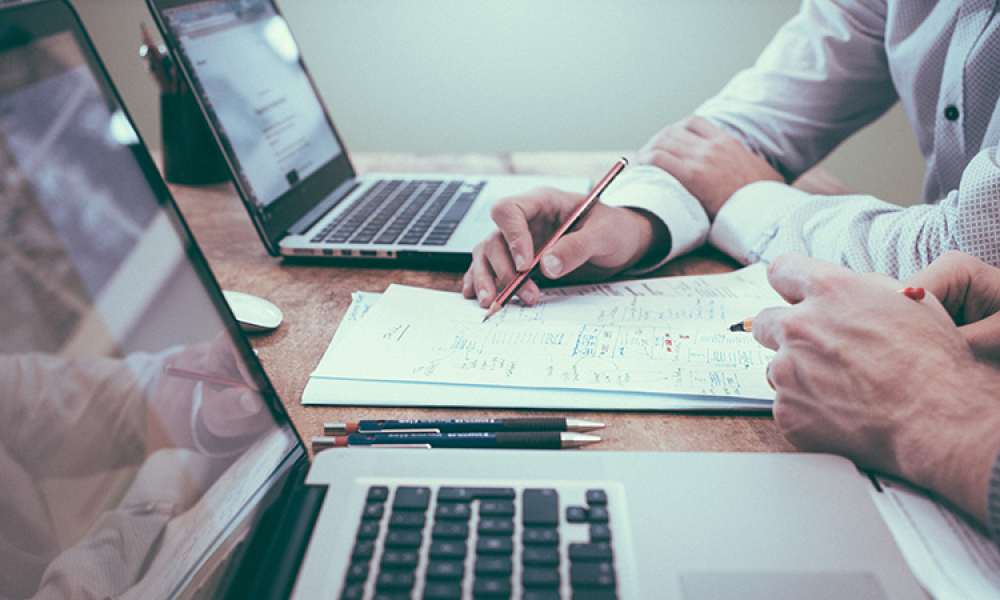 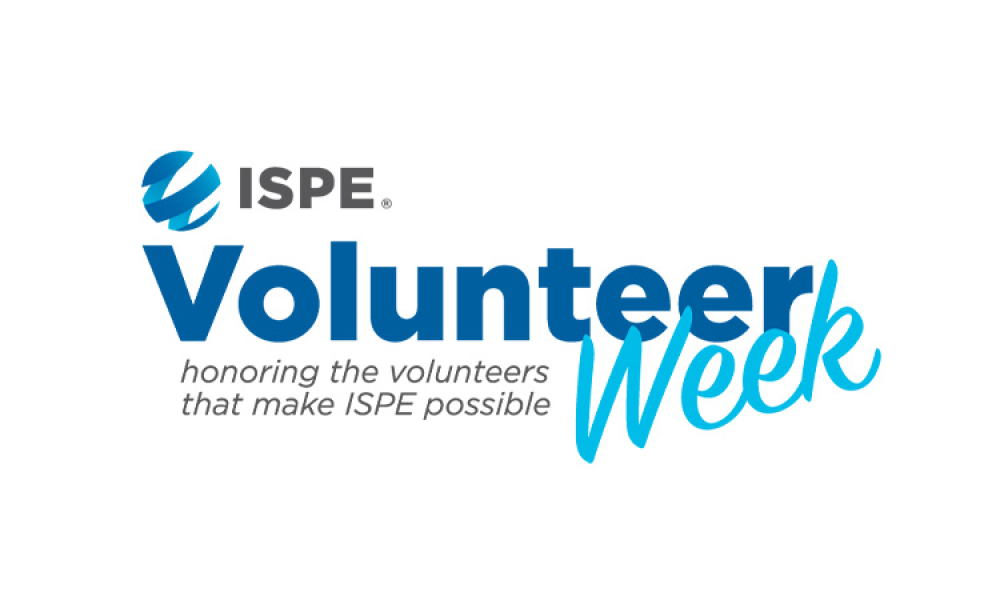