CRB
CEO and Chairman of the Board
Jeffrey A. Biskup, PE co-founded Clark, Richardson and Biskup, Consulting Engineers Inc. (CRB) in 1984 and currently serves as the firm’s CEO and Board Chairman. The company has been a part of 18 FOYA winners and been recognized as ISPE Company of the Year three times. Jeff currently plays a key role in CRB’s international growth and overall leadership development. Jeff received his B.S. in Mechanical Engineering from the University of Missouri and has over 25 years of experience in engineering design for pharmaceutical facilities and processes. He is a licensed Professional Engineer in the U.S., Canada and Puerto Rico. Currently, he serves on the Board of Directors for the Missouri Biotechnology Industry Organization. In 1999, he was honored with an FDA Commissioners Citation. Jeff was a key part of the Original ISPE Biopharmaceutical Manufacturing Facilities Baseline® Guide, the Original Baseline Guide for Water and Steam Systems as well as other Baseline® Guides. In addition, he is also a long-standing member of the ISPE Guidance Document Committee (previously known as the Technical Documents Steering Committee). Jeff was elected to the ISPE Board of Directors in 2014 and served through September 2016. More recently Jeff served as the Co-Chair of the ISPE Facilities of the Future Conference in February of 2019 thru 2021. He also was a part of the programming committee for the ISPE Biomanufacturing Conferences in 2016 and 2017. 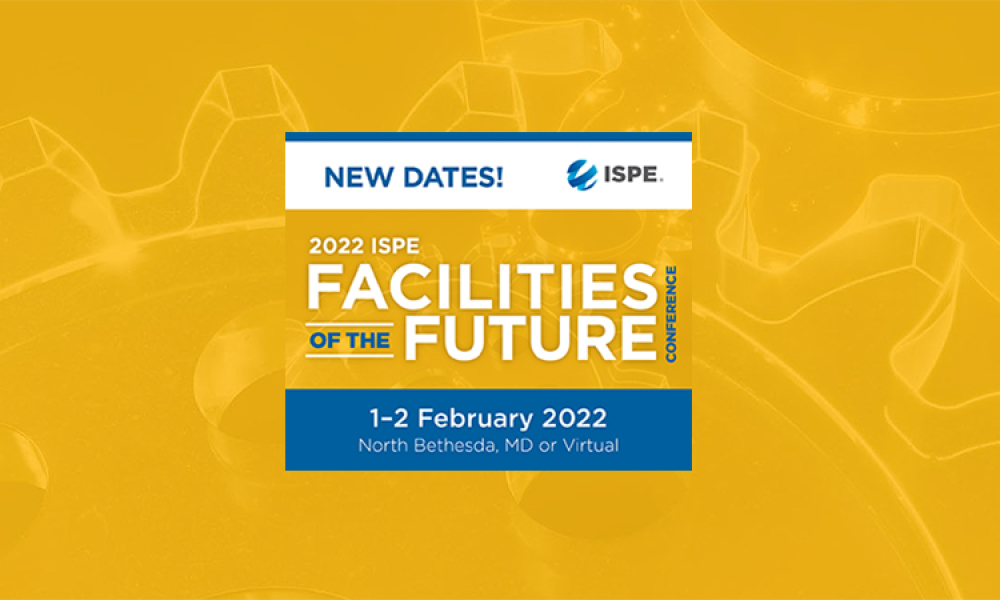 I am excited to share with you that the first “Face to Face” ISPE Conference since the beginning of COVID-19 is now scheduled to take place in North Bethesda, Maryland, USA, on 1–2 February. The